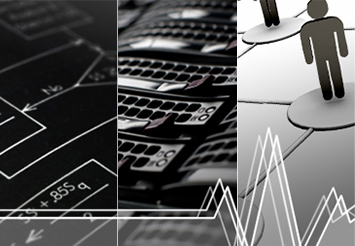 Computer scientists have made great strides towards shedding their stereotypical “nerd” image in the last decade. By facilitating the meteoric rise of social media, smart phones, and streaming entertainment, it seems that they have finally unlocked the secret to doing things that mainstream society finds useful, intuitive and exciting. More than ever before, we enjoy the fruits of their labor and actually feel cool doing it. It begs the question: where will they be taking their talents next?

For one group of computer scientists here at Berkeley, the answer is as bold as it is simple: they will be curing cancer. In an essay published in the New York Times, one of the team’s leaders, David Patterson, writes, “Computer scientists may have the best skills to fight cancer in the next decade — and they should be signing up in droves.” The team — which currently consists of about 50 researchers in the electrical engineering and computer sciences department — is called the Algorithms, Machines, and People Laboratory (AMP Lab). Their name reflects their goal of using computers to extract meaning from extraordinarily large and complex collections of information about people, such as clinical data or genetic code. An accurate analysis of the available information could result in prescriptive actions that mitigate or even cure diseases like cancer.

Real-world data comes in many forms — qualitative, quantitative, aggregate, anecdotal, etc. The challenge computer scientists face is to make these diverse tidbits of information accessible to computers. Computers are genius when it comes to carrying out algorithms — step-by-step procedures in which each step acts on a tiny chunk of information. But when those chunks of information come from disparate sources, or if there are too many chunks to process quickly, then computers lose most of their effectiveness. That is why new techniques are being developed to reap the benefits computers in fields that fall outside of their traditional wheelhouse. Patterson mentions Foldit, a successful attempt to use crowdsourcing  to solve problems in computational biology, as an example of the sort of methodology that can be applied towards cancer research.

Berkeley’s team is far from alone in its attempts to bridge computer science and medicine. Many well-known computer scientists have entered the fray in recent years. Bill Gates, after stepping away from Microsoft, has already become perhaps the most recognizable name in global healthcare. Sergey Brin, co-founder of Google, devotes a substantial amount of his time and resources towards hunting for a cure for Parkinson’s Disease. Even Watson, IBM’s quiz-show-playing supercomputer, has been occupying most of its days since its run on Jeopardy training to work in the healthcare industry. Clearly computer scientists embrace the notion of applying their expertise to health and medicine. The only question now is whether or not healthcare practitioners will embrace them back.

Stuck in a rut: Is boredom the silent relationship killer? Previous
Octopus sex: a holiday gift from the Berkeley Science... Next 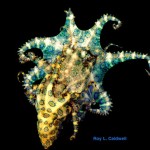