Advanced manufacturing: Here, there, and everywhere

Little did I know that I am a pawn in a giant winner-takes-all chess match that has been playing out between the U.S. and China over the last decade or so. If you are a Berkeley grad student in engineering or science, there’s a pretty good chance you are, too.

At least, that’s one of the impressions I came away with after attending yesterday’s Advanced Manufacturing Partnership (AMP) Regional Meeting here on campus. The public workshop — organized by both Berkeley and Stanford — served as a brainstorming session for ways to shape the recently announced AMP program, a $500 million initiative created to revitalize America’s manufacturing sector. The lineup of speakers and panelists included numerous VIP’s from industry, government, and academia who expressed their commitment to implementing solutions to the decline of manufacturing in the U.S. through AMP.

I wrote about AMP for the BSR blog previously. At the time, I found the initiative interesting and important, but I didn’t really feel as though it applied to me personally. That sentiment changed yesterday. One after another, panelists brought up research programs that I have participated in as examples of steps that were taken by policymakers to spur future domestic manufacturing growth. Chief among them was the National Nanotechnology Infrastructure Network (NNIN), a collection of university-based nanofabrication facilities located around the country that grant access to local businesses to develop innovative products. Over the years, I’ve participated in several of NNIN’s educational programs and used or visited a number of their facilities. What surprised me was that many of the speakers adopted a hint of nationalism in their tone when referring to NNIN and similar facility-sharing programs. Apparently, these programs are part of a grand plan to unseat China as the preeminent manufacturing power in the 21st century. And here I thought it was just about the science.

My point is that AMP is by far the most explicitly U.S.-centric research program that I have encountered in my admittedly young career. It’s not to say that it is wrong. After all, most of the paychecks I have received for research purposes have trickled down one way or another from U.S. taxpayers. Generally speaking, though, scientific funding is marketed with the rationale that it will lead to interesting discoveries or new technologies, with no (OK, maybe a few) strings attached. AMP, on the other hand, expressly limits itself to funding those discoveries or technologies that cannot be outsourced from the U.S. if commercialized.

Is that a good thing? It certainly requires researchers to think differently than they have in the recent past. With globalization strongly emphasized throughout my engineering education, it had never crossed my mind where an emerging technology I was working on might be manufactured. From now on, for better or for worse, it will be one of the first things on my mind, as well as anyone’s mind who seeks government grants for research.

Lots of ground was covered at the workshop outside of the discussion of research funding for technologies that can be manufactured exclusively in the U.S. Most promising to me was the enthusiasm expressed by many of the panelists for building regional hubs where members of industry and academia in a particular field could work side-by-side in laboratories and collaborate with one another. These hubs would facilitate the exchange of information between business people and scientists and result in more focused innovation. Echoing the sentiments of several of the speakers, I’ll suggest that AMP resources would be better spent on planning and building such hubs than on the selective funding of projects perceived to give the U.S. a leg up in manufacturing.

Getting personal with Martie Chalfie Previous
Psi Your Mind? Next 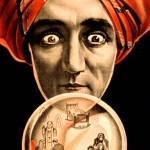 Advanced manufacturing: Here, there, and everywhere