We are the 99% of scientists 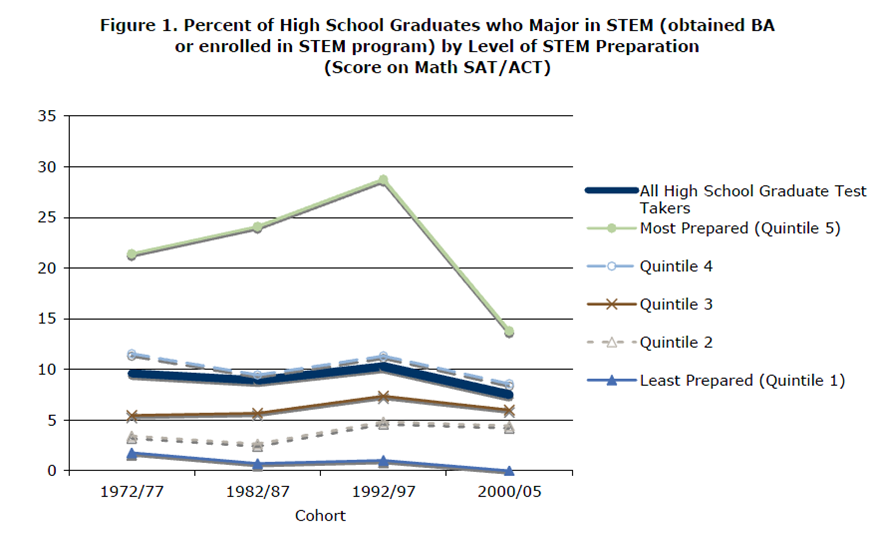 Many young scientists end up leaving the lab for greener pastures

Tuesday, November 15 was a big day at UC Berkeley. Crowds gathered all day in Sproul Plaza as part of a “day of action” for the Occupy Cal movement. In the Haas business school, a student with a loaded gun was shot by police. And in the evening, Professor Robert Reich delivered his Mario Savio Memorial Lecture to an audience of thousands, motivating them to continue working to battle income inequality.

At the same time, across campus in Stanley Hall, a group of graduate students and post-docs were attending a talk on “The Future of Science”, hosted by the VSPA. The speaker was Kennan Kellaris Salinero, president of Yámana Science and Technology. You might think that this was bad timing for such a discussion. Shouldn’t we have been outside protesting with the rest of the 99%? But Salinero’s talk drove home the point that the government and banks are not the only institutions in need of change. Change is also badly needed in the sciences, and it’s our responsibility as the future leaders of the profession to determine the direction of that change.

Salinero began her career as a chemist at Georgetown University; she left academia to join industry after she discovered a need for more work-life balance. While working on  annotation of a microbial genome here at Berkeley, she noticed that many of the sequencing centers were not sharing their data with each other.  (UPDATE 12/12/11 – Looks like I characterized the sequencing centers too harshly in my retelling of Salinero’s story. There was a lack of collaboration, but no willful obfuscation). That was when she realized that there are systemic problems with the way science is done today, and she’s been hard at work trying to define and solve those problems ever since. “Proteins are very good at self-assembly,” she says. “It turns out that humans are not.”

The issues at hand are enormously complex and impossible to wrangle in a single blog post (or even ten or twenty). So this post will just scratch the surface of my thoughts following Salinero’s presentation. And I’ll also limit myself to discussing academic science, for two reasons. First, it’s a world I know intimately, so I feel qualified to discuss its subtleties. And second, basic science research—the kind that results in a greater understanding of the natural world, thus greater mastery of it for the benefit of humanity—has historically thrived in universities. Government and industry labs are both significant sources of research progress as well; I will leave it to someone else to tease out the similarities and differences.

Let me share a story with you. A first year postdoc is applying for funding. She joined a relatively new lab; her advisor, Dr. Awesome (not his real name), was an extremely productive graduate student and has big plans for his group. Knowing that funding is limited, the postdoc crafts a fellowship application based on the overlap between her own expertise and the resources available in the lab. Reviews come back, and they are extremely flattering of her qualifications. They have nothing but good things to say about her preparedness and capacity to be a successful researcher. And yet, as of this writing, each of her last five proposals has been turned down. The committees justify their incongruous decision by citing her advisor’s lack of experience in mentoring postdocs.

At the same time, Dr. Awesome’s grant proposals are also getting rejected. Why? Not enough experience in the hyper-specific area of his proposed research. So Dr. Awesome and our postdoc heroine are stuck. They’re not established enough to establish themselves. Those coveted dollars are going instead to a select few groups (the 1%?) who managed to demonstrate their competence during a period of relative abundance. Perhaps things will turn around soon for Dr. Awesome. Or perhaps his bad luck will continue, to the point that future reviewers (and perhaps a tenure committee) will cite the lack of funding as a reason to deny him even further.

This is the reality of our current system. Is it logical? Is it efficient? Imagine academia as an engine whose goal is to efficiently convert intellectual and material resources into information and applications that benefit society. Of course, there are losses along the way. No conversion process can operate at 100% efficiency. We think first of the postdocs; there they stand at the doors of the academy, proposals in hand, ready to start their lab, but there just isn’t enough room for everyone. Then we remember the graduate students who, seeing the struggles and failures of their more senior labmates, decide not to pursue a research career (Salinero estimates that 60% of STEM PhD’s end up leaving the sciences). Even greater in number are the undergrad science majors who glimpse their future as a jaded graduate student, and decide that they would be better off in another line of work. People are walking away from science, and taking their future potentially ground-breaking accomplishments with them. Study the figure below if you don’t believe me. Our science engine is a gas-guzzler, wasting more bright minds every day.

The percentage of top-notch high school students going into STEM fields has plummeted in recent years. Click to see this data in the original paper by Lowell et al. (pg. 17)

I don’t mean to say that established researchers should be denied funding for the sake of the younger ones. The problem of funding inequality in academia differs drastically from that of income inequality in the rest of America. Members of our nation’s top 1% have more pie than any one person could ever want or need, whereas the most-funded scientists are not usually among the super-wealthy. Meanwhile, these scientists do tend to produce high caliber research that merits further support. If the 1% of scientists have a reasonable slice of pie, then do we just need a bigger pie? Well, kind of. Increasing the size of the scientific workforce would certainly increase its output. Whatever happens, we certainly should not shrink the pie. But I don’t think we should stop at asking for more money, and neither does Salinero.

I can’t say it any better than this statement, from the original proposal of Yámana Science and Technology: “The culture and structure of basic science fail to fulfill the true potential of invested time, money, and individuals’ contributions.” The enterprise of science must become more, well… enterprising. We must honestly assess our losses and figure out how to recover them. For starters, it is imperative that we patch the “leaky pipeline”, not just for women or under-represented minorities, but for any person who wants more depth to their lives than slaving away writing doomed grant proposals can provide. When you consider the wasted potential of all the talented people being driven away from science, the cost of maintaining the status quo is immense.

Should we just throw up our hands and say that the problems are all too big to be solved? Should we keep playing our part in the rat race, vying for those few spots at the top and hoping the system works in our favor? Clearly the answer is no; it’s time for the 99% of scientists to take action. Let’s make the future of science one in which people are rewarded for being creative thinkers and effective leaders. The NSF is already thinking along these lines; their new CREATIV grants are designed to attract high-risk, interdisciplinary types of proposals that might have been ignored otherwise. Maybe you could start a new collaboration, or volunteer teaching science to a diverse group of students. I don’t have all the answers (I barely even know the questions), but I urge you to continue this conversation online, in the labs, in the hallways, anywhere that scientists gather. Imagine a world where researchers young and old can thrive and produce freely, and then ask yourself what you can do to create that world. And don’t forget to ask for more pie.

Radiolab and the philosophical origins of scientific... Previous
The probability of your existence: Basically zero Next