The power of red

This week’s edition of Psych Wednesdays was written by Anna Luerssen and was originally published on Psych Your Mind on October 26, 2011. 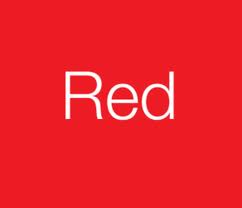 Like most teenagers in suburbia I took a driver’s education class shortly after I earned my learner’s permit. Though I picked up critical driving tips, and got plenty of practice in the driver’s seat, one of the most interesting facts I learned concerned car insurance and the color red. According to my teacher, drivers with red cars had to pay higher insurance rates. Apparently this was due to the fact that people in red cars were more likely to speed. I’ve since learned that the relationship between red and speeding is actually a pervasive urban legend. Nevertheless, it piqued my interest in the association between color and behavior. Though red might not be associated with speeding, it has been found to relate to a variety of psychological processes and outcomes in both humans and non-human primates including dominance, competitive sports outcomes, achievement, and sexual attraction. 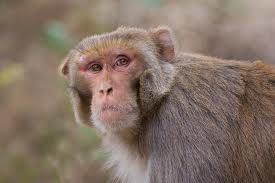 There is a large body of animal research showing that red coloration is related totestosterone levels and by extension to dominance and aggressive behavior – a signal that members of the species use to guide their actions. In one recent study, for example, researchers evaluated whether wild male rhesus macaques (monkeys) would be less likely to steal food from a human researcher if the researcher was wearing red. According to their hypothesis, red clothing signals that the human is dominant and aggressive, and therefore the monkey would be more hesitant to steal from or challenge them. The study was conducted on Cayo Santiago– a small island in Puerto Rico that is home to a large population of free-ranging rhesus macaques. Two experimenters would locate a male monkey, approach him together, take out a plate with a slice of apple on it, and then step away once it was clear the monkey saw them. The monkey could then approach and steal the apple from one of the experimenters. One experimenter wore a red shirt, and the other wore either a green or blue shirt. Across conditions the monkeys disproportionately stole from the experimenter NOT wearing red – even if the “red” experimenter was female (~70% of the time). 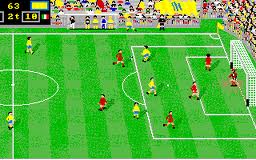 This research followed from a wildly publicized study in 2005 evaluating a somewhat similar process in humans. The researchers followed contestants in combative sports, including boxing, tae kwon do, and two types of wrestling, in the 2004 Olympics. These contestants were randomly assigned to either wear red or blue uniforms during the games. The researchers found that contestants wearing red were significantly more likely to win their matches. This was especially the case when the two competitors were relatively equal in ability (red gave them an extra nudge). Similar results were found with teams assigned to wear red in an international soccer tournament in 2005. The researchers argued these results are due to an evolutionary history – in which red coloration was related to testosterone levels and by extension dominance. In this way, it became a cue regarding which male would win a competition – a cue still used by humans today. How exactly this process operates, however, is still unclear. Is the competitor wearing red more confident or their opponent more intimidated? Other researchers have argued that the effect has to do with the referees’ biases. For example, referees were found to give more points to tae kwon do competitors wearing red than to those wearing blue, even when the performances were identical. Whatever the reason, the effect is there, and should be considered in high stakes competitive sports.

Though in the latter studies red was associated with dominance and competitive victory, it is related to other psychological processes. One line of research is based on the notion that red is also associated with danger – think fire alarms, stop lights, and warning signs. These researchers linked red specifically to the danger of failure (e.g. teachers often mark wrong answers in red ink). Exposing participants to the color red before an IQ test actually impaired their performance as compared to participants shown green or a neutral color. The researchers argued that red signaled danger of failure, concerns that they might actually fail, and thus a propensity to this avoid failure (avoidance motivation). The effort they enacted to avoid failure actually undermined their performance and caused them to perform worse. 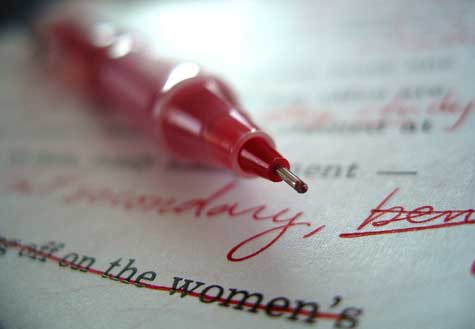 Red has also been associated with romance, sexuality, and sex. Though this pairing is ubiquitous in popular culture (e.g. The Scarlet Letter, red valentines) it might have evolutionary origins. In many species a reddening of the skin occurs during female ovulation – a signal of sexual readiness. From the research mentioned above we also know that red is associated with testosterone levels and dominance in males – cues females look to in determining a viable mate. The same group of researchers studying red and danger also found that heterosexual participants viewed members of the opposite sex as more attractive and sexually desirable if wearing red.  Interestingly, red did not affect their rating of the target’s likability, kindness, or intelligence.

While red is not related to speeding, it has been linked to dominance, aggression, competitive sports outcomes, danger, achievement failure, and even sex. Though in these studies red was found to signal opposite states (danger vs. attractiveness), the researchers argue that the meaning color carries can vary across distinct situations. What is a warning sign in one situation can be a positive cue in another.

Why do you think red has such strong associations and influences on the human psyche? 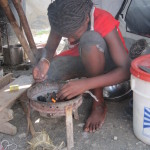 More efficient cook stoves for Haiti: In lab with Katee... Previous
Berkeley hyenas alive and well for now Next 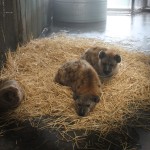