Science, the interdisciplinary catch-all for learning 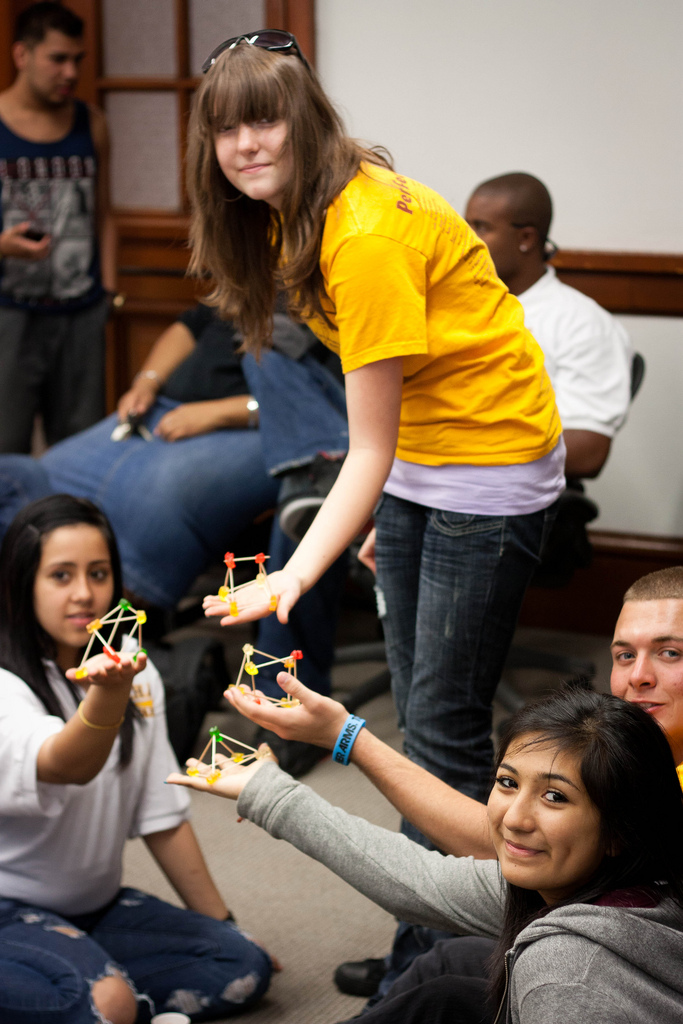 Three years ago, I volunteered for a few months at a local shelter, helping elementary-aged children with their homework. Usually their work consisted of basic arithmetic, reading, and lots of worksheets. One afternoon, with twenty minutes left in our one-on-one session before his dinner time, the seven-year-old boy with whom I was working exclaimed, in a very whiney tone, “But whyyyy? I don’t want to read a stupid book.” Of course, as a volunteer I was in no position to go bending rules, so I countered in stern but friendly fashion, “Because this will be fun.” We walked into the house library, where I encouraged him to make his own selection. He chose a book on sharks.

Fifteen minutes later it was all I could do to stop helping him sound out the names of obscure shark species and instead to wash his hands for dinner. He was rather displeased with me for ending our shark-full reading session, which he was quick to let his mother know. “She won’t let me read more about the sharks! They have babies in mermaids’ purses and their skin is made of scales. I don’t want dinner; I want to read about the sharks!” That evening, when I left the shelter, I was quite happy with the day’s session. I even went home and Googled more images of shark eggs (for a cool video go here).

I have always been a firm believer that every child is born loving science. It’s simply our natural state of existence, as sentient and curious humans, to wonder about our world. Plus, there is not a four-year-old on this planet who doesn’t enjoy chasing pigeons or a seven-year-old who isn’t mesmerized by the colony movement of foraging ants. Hands down, of every subject on which we educate young minds here in the United States, science is the most accessible, the most relevant, and the most exciting.

Science is also the most undertaught (and sometimes the most disliked) core subject in our Bay Area public schools. As recently as 2007, the San Francisco Chronicle reported that of 923 Bay Area elementary school teachers surveyed, 16% spent no time in a given week teaching their students science. Forty-one percent of the teachers reported feeling unprepared to teach science. The proximity of science-starved children to the tech-savvy, billion-dollar-industries of Silicon Valley, which draws the finest scientists and engineers from around the world, is beyond ironic.

Now think about how many kids only learn science with worksheets, memorization, and textbooks (when learning it at all). No wonder kids don’t like science by the time they’re in high school, much less pursue college degrees or careers in science. Scientists don’t pursue science careers because they love worksheets and memorization; they pursue science careers because they love questions, creativity, and engaging with the natural world.

Studies have shown that teaching science raises test scores in English and math — the only two subjects monitored by California Department of Education assessments as a priority of the No Child Left Behind Act (2001). The reasons for this are easy to identify: conducting experiments fosters creativity and teamwork, and summarizing the experience in lab reports demands mathematical analysis and attention to the written word. Meanwhile, NCLB is inarguably one of the main reasons that science has been pushed to the side in our public school curricula, especially at the elementary level. You can see all performance results for our state here (under “AYP reports”), sortable right down to the school and the year.

To put this in context, let me comment on the city of Oakland, where I have lived for the past three years. In the Oakland Unified school district in 2010, only 45.4% of 23,770 students tested scored at or above English-language arts proficiency, while only 52.0% scored at or above in mathematics proficiency. And Oakland Unified fell far short of meeting its target graduation rate of 69.84%, as less than 60% of seniors graduated in 2010.

But before criticizing the City of Oakland, let’s stop and think about the practical problems this district faces. We all know that Oakland is a beautiful and diverse city with a lot of history — and a lot of financial problems. Like the rest of the the United States, public education in Oakland Unified is funded by local public taxes (among other sources like federal grants). For a city coping with crime, homelessness, and unemployment, it’s no surprise that the public school system is struggling. The district has recently seen tens of millions of dollars in budgetary cutbacks. At UC Berkeley, students are actively protesting the state pulling hundreds of millions of dollars worth of funding from the UC system, but we’ve scarcely heard a word from the teachers of Oakland Unified who started with much less and have a mandate to achieve much more.

BEAM students demonstrate their knowledge of wind turbine concepts by designing their own. (credit: BEAM)

In the City of Piedmont, right next to the City of Oakland, students are flourishing, and so are property taxes and funding for public education. In 2010, 99.54% of students in Piedmont Unified seniors graduated high school with both English-language arts and mathematics proficiency scores at or above roughly 90%. What does this tell us? At the end of the day, it doesn’t matter how committed Oakland Unified is to improving science education in their curriculum. In the current state of funding, science won’t be taught any better or any more frequently. To borrow from the parlance of local middle-schoolers, teaching science is hecka expensive.

Over the past year, I have been involved in one of the many science, technology, engineering, and mathematics (STEM) outreach efforts underway here at UC Berkeley. On one occasion, our program worked with about 30 students from Oakland Unified. The students were specially selected as underrepresented minorities from an underfunded school. We spent an entire day building “Jitterbugs” to demonstrate the balance of forces in motion, discussing mechanical and electrical properties of various materials, filling balloons with dry ice and air to illustrate gas expansion and contraction, etc. Interestingly, not once did I hear a student say he or she was bored. In fact, we could barely keep them quiet! This was a group of sophomores in high school, some of our most at-risk youth, and here they were, completely engaged with the material.

Sadly, at the end of the day — covered in stickers and toting handfuls of remnants from our many hands-on projects — those excited, smiling students boarded shuttles to take them back to their high school, where less than 70% of them are ever expected to have diplomas placed in their hands. Perhaps if we expected more, provided more, and taught more science, the true graduation rates in Oakland Unified, and other struggling school districts, would increase. But without the dollars, we can largely anticipate that nothing will change.

There’s a lot of talk these days about  Americans’ underperformance and underrepresentation in STEM professions compared with other countries. The reason is simple: our government fails to recognize the link between the lack of funding for science education in elementary schools, the low high school graduation rates in struggling school districts like Oakland Unified, and the dwindling numbers of Americans students (particularly minorities) in STEM higher degree programs. Only recently has the government started to acknowledge that encouraging more scientists and engineers into public service might have a positive influence on the future of our country. (On a side note, there are as many NFL football players serving as publicly-elected members of the US Congress as there are professional chemists!)

The winning team from the "bottle blast" competition at a SINAM outreach event (credit: Douglas Detert)

When you think about the fact that donation-based organizations and science museums have been obligated to step in and support Bay Area science curricula where our state and federal governments have failed, remember that the case has been made: educating our children in science will improve their entire educational experience. Remember that if we owe tomorrow’s generation a real chance at successful lives in the future, then we owe them thorough and relevant science educations. Better funding for public schools, higher salaries for qualified teachers, and more well-rounded educational standards are imperative. (And yes, sometimes this means voting for tax increases!)

Until public education in science improves, consider supporting local organizations like Community Resources in the Classroom, California Academy of Science, Chabot Space and Science Center,  Exploratorium, Lawrence Hall of Science, Science@Cal, UC Museum of Paleontology, Level Playing Field Institute, and so many more that I cannot list here or of which I am not yet aware. If I’ve missed any, please send me a message or reply to this post! 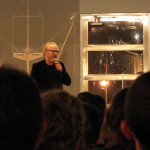 BSR team recaps the 2011 Bay Area Science Festival Previous
Intelligence: It’s all in your head Next