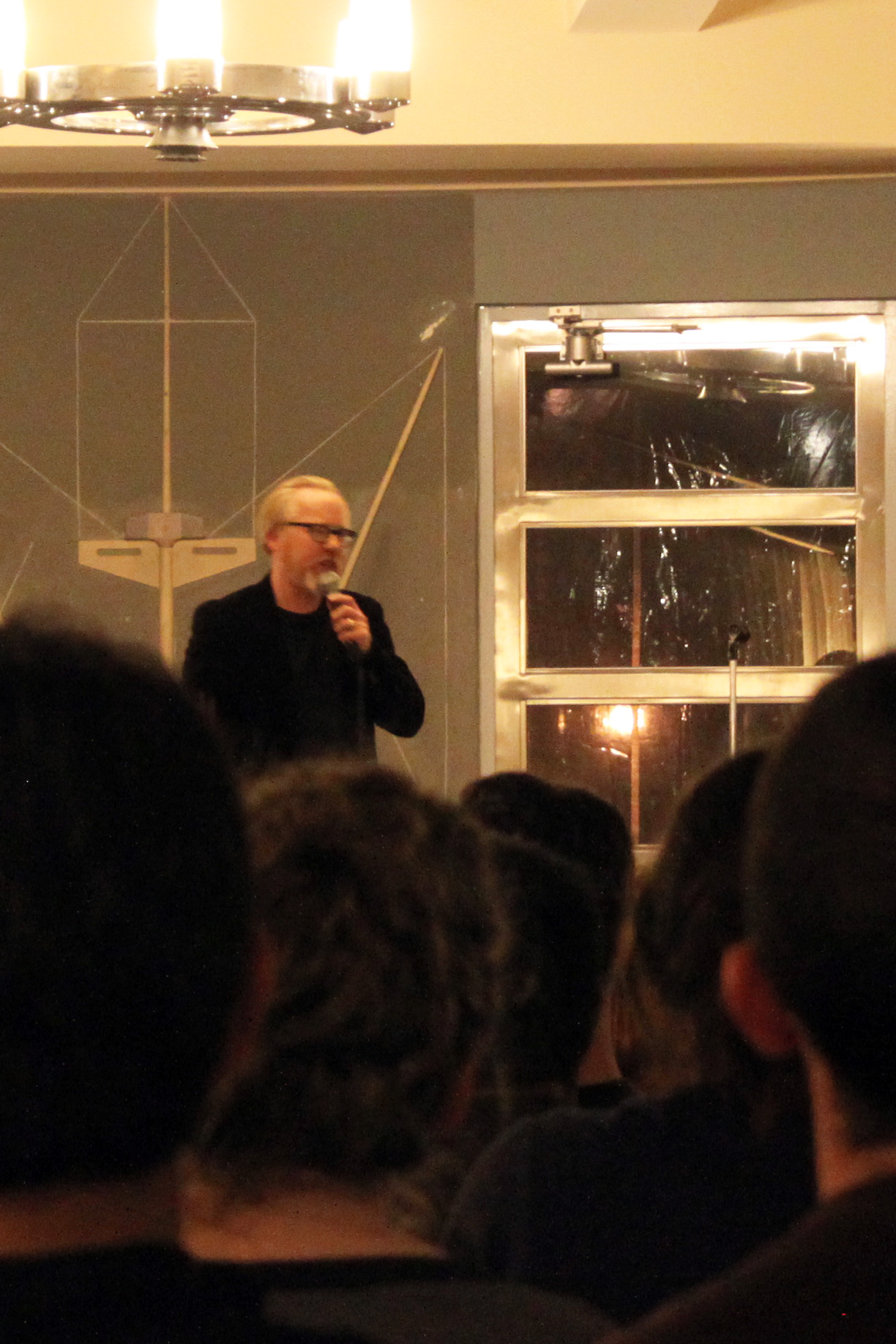 The 2011 Bay Area Science Festival came to a close last weekend, and — as promised — the BSR blog team had it covered. Scroll down to read our reactions to some of the many exciting events that took place as part of the festival. And scroll even further down to see some of the pictures that we took!

This year, the Porchlight storytelling series partnered with the Bay Area Science Festival to present a series entitled, “EPIC FAIL! stories of when it all goes wrong.” Hosts Arline Klatte and Beth Lisick invited a great cross-section of charismatic speakers from across STEM (science, technology, engineering, and math) to the gorgeous Maritime Museum to share tales of their greatest failures–and what they learned from those experiences. The stories were funny and humbling, but they tended to focus on the failures that convinced the speaker to become a scientist and less on failures that they experienced as scientists. Most of all, the stories shared a consistent theme of trusting your co-workers and avoiding the hubris of trying to be great all by yourself.

Jessica – RadioLab: Live in the Dark

Radiolab:Live delighted an audience of scientists and civilians alike. Radiolab’s patented insightful scientific discussion was accompanied by dancers, a rock band, spectacular visuals, and a finale of tiny sparkling lights held by the audience. This radio program always invigorates me after a rough week in lab and this live performance was no exception.

Chris – RadioLab: Live in the Dark

While it has become famous as radio broadcast, the RadioLab team came to UC Berkeley as part of BASF to deliver one of its first stage performances. The evening was full of comedy, drama, art, and of course, science. Particularly notable acts were that of Thao Nguyen, who took us through an acoustic journey in space while wearing a giant eyeball (yes, you heard me right), and the touching story of two blind men who learn to cope with a world of darkness. All in all, the evening was full of magic and inspiration and has moved me to think about my own work with the same enthusiastic wonder as the talented RadioLab team.

I attended Discovery Days at ATT Park on Sunday, November 6th. With Saturday’s rainfall long passed, it was nothing but clear blue skies (OK, OK – partly cloudy) for the closing event of the Bay Area Science Festival. Kids were the focus here — I think the sight of a researcher wearing a Cat in the Hat costume gave it away — but there was still plenty to keep me entertained. Highlights for me included the U.S. Geological Survey’s map showing the probability of a major earthquake striking various locations in the Bay Area in the next 20 years, UCSF’s booth on maximizing human performance through science, and, of course, all the booths staffed by UC Berkeley/Science@Cal scientists.

My hands-down favorite booth at BASF was Tekla Labs. This is a group formed by UC Berkeley and UC San Francisco researchers to provide do-it-yourself instructions for making affordable lab equipment. Charging over $200 for a magnetic stir plate is practically highway robbery, but the lab supply companies get away with it, because there just aren’t very many options for a scientist on a tight budget, or a cash-strapped teacher. Tekla Labs wants to give you the instructions to build high quality lab equipment yourself (that magnetic stir plate should cost you only $40, according to the volunteers). At the festival on Sunday, they used a homemade stir plate to extract the iron flakes from a generic breakfast cereal. I hope the Tekla team will continue to collect designs and spread the word: experimental science doesn’t have to be prohibitively expensive.

Discovery Days at ATT Park: Scenes of the field

Discovery Days at ATT Park: A volunteer from the Computer History Museum operates a model of the Babbage Engine

Discovery Days at ATT Park: This demonstration about IR radiation had some "cool" visual effects

Discovery Days at ATT Park: Festival-goers young and old learned about superconducting materials that keep this train hovering above its tracks

Discovery Days at ATT Park: Volunteers at the Science@Cal booth show a brave volunteer how to use a Van de Graaf generator

Football and the Southern Culture of Honor Previous
Science, the interdisciplinary catch-all for learning Next 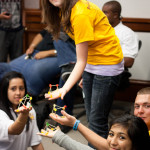