Would you eat the worm?

This week’s edition of Psych Wednesdays was written by Juli Breines and was originally published on Psych Your Mind on October 5, 2011. Imagine finding yourself in the following situation. You arrive at a psychology laboratory to participate in an experiment. The experimenter tells you that the purpose of the experiment is to understand the effects of “certain tasks” on physiological responses. On one side of a table, you see a series of covered cups, and on the other side you see a dead worm on a plate, a cup of water, a napkin, and a fork. The experimenter reminds you of your rights as a participant, saying that your participation is voluntary and you are free to terminate the study at any time.

Next, after doing a neutral task where you assess the weights of the covered cups, the experimenter tells you that you have been randomly assigned to an experimental condition where you will be asked to eat the worm. You then wait for ten minutes while the experimenter goes to do something in another room, during which time you are left to anticipate your upcoming worm-eating experience. When the experimenter returns, he or she says, “Oh, an error has been made. You weren’t exactly assigned to the right condition. You actually are supposed to choose which task you will perform, between eating the worm or discriminating the weights.”

What do you decide? Do you eat the worm even though you no longer have to?

Unless you are especially adventurous or masochistic, you may be thinking, of course I would choose the neutral task, who wouldn’t? It turns out, though, that a majority of participants in studies like this actually chose to eat the worm (or caterpillar, in one variation) over doing the neutral task, even though they believed worm-eating was a relatively unpleasant experience. On the other hand, participants who were given a choice (worm vs. neutral) right off the bat, with no waiting period, always chose the neutral task over the worm, suggesting that there was something about expecting to eat the worm that led participants to choose to do so.

In a fascinating follow-up to initial studies on this topic, Comer & Laird (1975) examined what was going on in participants’ minds during the waiting period that might explain their bizarre decision to voluntarily eat a worm.

They hypothesized that participants “made sense” of the situation in one of the following ways (these are not the exact measures used, just my take on the gist of each one):

1) “I probably deserve this… I’ve done some bad things that I need to make up for.”

2) “I’m a brave person. I can tough this out for the sake of science.”

3) “Eating worms actually isn’t that bad… I’ve heard they have a lot of protein.”

These thought processes were measured with questionnaires after the bulk of the waiting period had passed, as well as by relative evaluations of worm-eating (for #3). As a whole, these construals were predictive of the decision to eat the worm. That is, those who adjusted their views of themselves (#1 or #2) or their views of the situation (#3) to align with worm-eating were more likely to later choose to eat the worm. The nature of the construal strategy also made a difference: those who altered their self-views, compared to those who just changed their views of worm-eating, were also more likely to choose an unrelated unpleasant task (self-administering electric shocks) when given the choice between that and the neutral task.

In sum, participants in this study were more likely to choose to suffer (to the extent what we can consider worm eating suffering – some may disagree) when they expected to suffer, presumably because they had already “come to terms” with the perceived inevitability of their fate,whether by engaging in self-enhancement or self-deprecation, or by convincing themselves that worm-eating isn’t that unpleasant after all.

These findings have implications beyond just worm-eating. As the authors note, they may help to explain why some people accept bad circumstances or bad treatment, assuming that in a “just world” they must somehow deserve it. Believing that things happen for a reason can be comforting, but at other times this belief may impede efforts to reduce suffering, especially when the suffering is not or is no longer inevitable (as in an experiment where participation is voluntary). 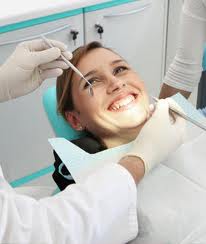 Although fascinating, there are some questions that this study could not answer. For example, what individual differences in personality or life history might predispose certain people to take a self-deprecating (I deserve this) as opposed to self-enhancing (I’m brave) approach to anticipated suffering? And what’s going on with the large minority of participants who didn’t change their views and who refused the worm? They seem like the most “sensible” participants, the authors suggest, but one might imagine that in certain situations (such as those where suffering is indeed inevitable) their approach is less sensible. At the dentist, for example, it may not be a bad thing to convince yourself that you’re a brave person and fillings really aren’t that horrible. Assuming that you deserve to suffer, though, is unlikely to be very helpful – except perhaps when you really do.

What does more recent research have to say about choosing to suffer? Some studies suggest that people engage in self-punishment in response to feelings of guilt, and that physical pain (in this particular study, putting your hand in ice water) can indeed relieve guilt, perhaps because of pain’s symbolic association with justice and atonement. As I mentioned in my last post, choosing to suffer through self-harmful behaviors can also be motivated by social and self-presentational concerns, such as wanting to appear tough or brave to fit in or gain respect. Choosing to suffer may also give us a sense of control over events that otherwise seem chaotic and random, which can at times be more distressing than suffering itself.

For more on the cultural significance of worm-eating, see the children’s song: “Nobody likes me (guess I’ll go eat worms).” And of course, there is also the highly-coveted tequila worm.