Women better at judging men’s sexual orientation near to ovulation

This week’s edition of Psych Wednesdays was written by Anna Luerssen and was originally published on Psych Your Mind on September 28, 2011.

Living in the San Francisco Bay Area provides many benefits: good food, great activities, incredible landscapes. For me, however, the Bay Area is SOOO special because it caters to a fabulously diverse array of residents. For example, each year San Franciscans can take to the streets to herald in spring during the Cherry Blossom Festival in Japantown, celebrate the beauty of leather during Folsom Street Fair, or stomp their feet and slap their thighs to the music at the completely free Hardly, Strictly, Bluegrass. The variety of interests, cultures, traditions, and values in the Bay Area is a beautiful thing.

One interesting result of this diversity is that single, female San Franciscans are not often surprised when a man they’ve been eyeing all night leaves the bar with his boyfriend, not his girlfriend. San Francisco is, after all, home to The Castro – one of America’s first and arguably the best-known gay neighborhoods. Perhaps over the years women in San Franscisco have become especially adept at judging who is straight from who is gay (or who falls somewhere along the continuum). Interestingly, however, recent research has shown that women’s accuracy in judging male sexual orientation fluctuates (get redirected here for more information). Not by city (though someone should do that study), but instead by fertility (ability to conceive) across the menstrual cycle. Here’s the study…

Nicolas Rule an assistant professor at the University of Toronto and his colleagues at Tufts University brought heterosexual women into the lab and asked them to view pictures of self-identified straight and gay men or straight and gay women. The picture targets did not have adornments (e.g. facial hair or jewelry), and within each gender group the targets did not differ in terms of emotional expression, attractiveness, or the use of makeup.  Dr. Rule asked his participants to judge whether each target was straight or gay, and then subsequently measured their menstrual cycle status.

Dr. Rule found that participants were overall better than chance in judging whether a target was gay or straight regardless if the target was a man or a women. Participants nearer to peak fertility (ovulation), however, were more accurate in judging the sexual orientation of male targets than participants further from ovulation. The accuracy of their judgments of female targets, on the other hand, did not vary with fertility. 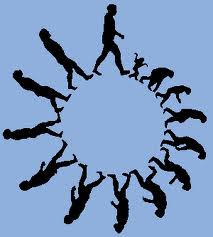 According to evolutionary psychology theory, women’s reproductive success relates to their ability to find a viable partner when their interest in mating is high. The time of high fertility near ovulation (when sex can actually translate into pregnancy and thus the passing along of one’s genetic material) is a time of increased mating interest (even if it’s at a biological level, not a conscious level). According to the authors, women are therefore more attuned to cues of sexual orientation (in men) during periods of high fertility – when they “want” to find a mate – one who is indeed interested in women.  Just as attending to sexual orientation cues in other women does not boost their chances of reproductive success, there is no corresponding increase in the accuracy of these judgments near to ovulation.

Together, these results suggest that the ability to decipher male sexual orientation fluctuates as a function of mating interest, which can vary with fertility status or by cues in the environment. They also raise some interesting questions. For example, if the study was replicated with a sample of gay women would we see the same results or would they be more accurate in judging the sexual orientation of female targets nearer to ovulation? Prior research suggests it might be the latter. For example, in one study heterosexual women were found to categorize male faces faster than female faces at high fertility, but this finding was reversed in gay women – they categorized female faces faster at high fertility (Brinsmead-Stockham, Johnston, Miles, & Macrae, 2008). Given that a male’s current relationship status is another important determinant of mate viability, it would be interesting to assess if women are better able to pick up relationship status cues when mate interest is high. Finally, what about men? Does their ability to detect female sexual orientation vary with changes in mating interest? What do you think? 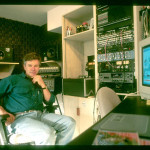 Nature's orchestra: Bernie Krause on what we can learn... Previous
Engineering: Throwing our ethics into the trash (literally) Next