Nature’s orchestra: Bernie Krause on what we can learn from the sounds of the wild 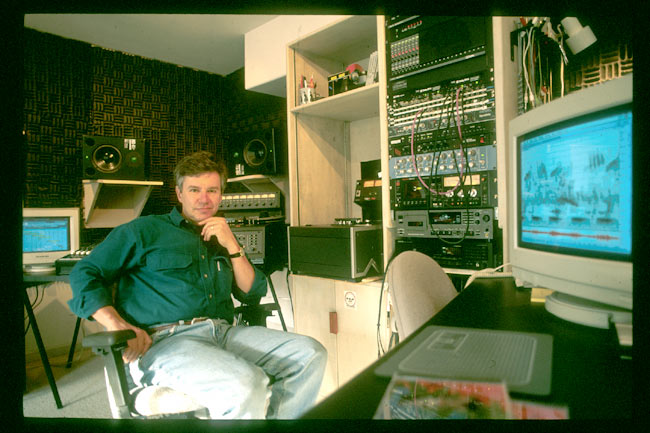 What’s in a song? More than just music to our ears, according to bio-acoustician Bernie Krause. Krause is a musician turned scientist who uses his musical talents to record, analyze, and synthesize the sounds  of the natural world.  Last week, at one of the UC Berkeley Integrative Biology department’s weekly seminars, I had the pleasure of not only listening to Krause talk about his work, but also of listening to his work itself.

Krause was involved in music from a young age, spending a year as a member of the band The Weavers, and is among the pioneers of New Age music and Electronica.  He experimented heavily with synthesizers during their burgeoning years, composed natural soundscapes for Hollywood movies, and in 1970, released Wild Sanctuary, the first album to use natural sound as an integral component of orchestration. Since then, Krause has made a career out of combining music, nature, and conservation and has defined the field of soundscape ecology.

Krause believes that our very concept of an orchestra is inspired by nature. In wild habitats, different creatures – like different instruments – vocalize using distinct pitches and rhythmic patterns so as not to compete with each other. Nature may sound chaotic to the untrained ear, but it is not an auditory free-for-all.

Krause has spent thousands of hours recording natural landscapes, from forests floors to underwater reefs – he has even recorded the inside of a sea anemone.  The recordings are more than just pretty sounds. They tell an important story about the health of the ecosystem. “While a picture is worth a thousand words,” says Krause, “a sound is worth a thousand pictures. [The soundscape] tells the real story.”

More than meets the eye: sounds, not pictures, may be the key to determining the health of a meadow like this one

To illustrate his point, he showed pictures and played sound recordings of a meadow before and after being selectively logged. To our eyes, the meadow appeared unchanged, but our ears told us a different story. The once colorful symphony of life was reduced to mere echoes of what once was. In another example, Krause played a recording of a healthy coral reef full of sounds and contrasted it to a dying one in which only a solitary snapping shrimp and lapping waves could be heard. His recordings are crucial acoustic snapshots that not only inform us about the health of the ecosystem but also serve as lasting evidence of endangered habitats that may soon disappear. Krause estimates that of the thousands of natural soundscapes he has recorded over the course of his career, half are already gone.

Finally, Krause explained how human-generated sounds can interfere with the natural rhythm of the wild.  For instance, airplanes disrupt the synchronized croaking pattern of toads as they pass overhead. Synchronized croaking is an important defensive mechanism that prevents predators from pinpointing the location of a single toad. But even after the rumble of a jet plane subsides, it takes up to 45 minutes for the frogs to get back in sync, resulting in increased predation during that period of time.

While bioacoustics is a relatively new field, Krause believes that it is critically important to record the sounds of natural habitats to see how an ecosystem changes over time – or, in some cases, to create a lasting record of a habitat whose sounds will never be reproduced again. 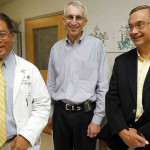 Beware: you might turn into that pizza you’re eating Previous
Women better at judging men’s sexual orientation near... Next