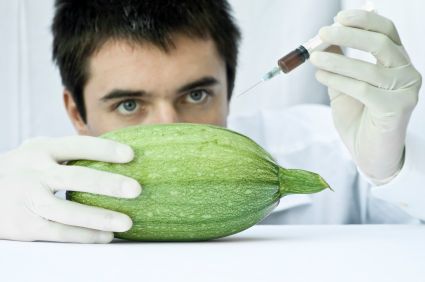 No recent writings on food politics have been as influential as those of Michael Pollan, Knight Professor of Science and Environmental Journalism at UC Berkeley. Perhaps on account of Pollan’s uncanny ability to make anything from agricultural policy to moral philosophy seem exciting, his books The Omnivore’s Dilemma (2006) and In Defense of Food (2008), as well as his writings in The New York Times Magazine, have opened the eyes of millions of readers to the ills of the modern food system — everything from the feedlot steer sleeping in a pile of manure to the baleful influence of the food industry on our agricultural and public health policies. Too often, however, the same works vilify and otherwise misrepresent science, drawing from selective readings of sources and an overly simplistic view of scientific inquiry to attribute the poor health of modern society and the environment to shortcomings inherent in the scientific method.

In The Omnivore’s Dilemma, Pollan suggests that developments in the field of agricultural science have been detrimental to our “national health.” In particular, Pollan cites Baron Justus von Liebig’s 19th century discovery that plants need only nitrogen, phosphorous, and potassium to grow as a possible reason for our society’s poor nourishment. Leaning heavily on Sir Albert Howard’s An Agricultural Testament (1940), Pollan criticizes the practice of substituting these three nutrients for biologically-rich humus (the decomposing organic matter in topsoil), a practice rooted in what Howard called the “NPK mentality” after the symbols for those three nutrients:

To reduce such a vast biological complexity to NPK represented the scientific method at its reductionist worst. Complex qualities are reduced to simple quantities; biology gives way to chemistry. As Howard was not the first to point out, that method can only deal with one or two variables at a time. The problem is that once science has reduced a complex phenomenon to couple of variables, however important they may be, the natural tendency is to overlook everything else, to assume that what you can measure is all there is, or at least all that really matters. When we mistake what we can know for all there is to know, a healthy appreciation of one’s ignorance in the face of a mystery like soil fertility gives way to the hubris that we can treat nature as a machine.

Reading Pollan’s summary of An Agricultural Testament, one might easily be led to believe that Howard’s book was some kind of anti-science screed. However, although Howard devoted a full chapter to criticizing agricultural science as it was typically practiced in his day, criticism of the scientific method more broadly is nowhere to be found in the work.

To clarify this point, it’s worth recalling what is meant by that phrase, “the scientific method.” This refers to a very general method for gathering and organizing knowledge; it’s a sort of systematization of the trial-and-error process. The scientific method involves seeking the answer to a question by using observations to make a hypothesis, using the hypothesis to make a prediction which is then tested experimentally, and using the results to form a new hypothesis.

Critically, the reduction of complex qualities to simple quantities or biology to chemistry isn’t an essential part of the scientific method. Howard recognized as much in An Agricultural Testament. In a chapter titled “Soil Fertility and National Health,” he proposed a set of experiments to answer the question, “How does the produce of an impoverished soil affect the men and women who have to consume it?” Howard further reaffirmed his belief in science in his conclusion, writing, “the investigator of the future will only differ from the farmer in the possession of an extra implement — science — and in the wider experience which travel confers.”

In spite of these words, Pollan writes, “Howard’s concept of organic agriculture is premodern, arguably even antiscientific: He’s telling us we don’t need to understand how humus works or what compost does in order to make good use of it.” Such a statement misrepresents Howard’s work and, as importantly, misrepresents what science is. After all, science does not mandate that we hand substances like humus and compost to a chemist for further analysis before we use them.

To Howard, the problem with conventional agriculture wasn’t that it was overly scientific but that it wasn’t. He wrote:

The policy of protecting crops from pests by means of sprays, powders, and so forth is unscientific and unsound as, even when successful, such procedure merely preserves the unfit and obscures the real problem — how to grow healthy crops.

Whereas Pollan believes that conventional agriculture is driven by “the scientific method at its reductionist worst,” Howard considered reductionism itself to be unscientific, a consequence of researchers focusing on the wrong problem. In fact, Howard blamed this reductionism not on science but on economics: “The need for reducing expenditure so that farming could yield a profit has brought every operation, including manuring and the treatment of disease, under examination in order to ascertain the cost and what profit, if any, results.” So is it business people, not scientists, who are really at fault here? Let’s leave that question to another post.

For now, we return to Pollan’s second major book on food politics, In Defense of Food, in which he takes on reductionism in nutritional science. He starts off innocently enough, assuring the reader that nutrition science can teach us important things, “at least when it avoids the pitfalls of reductionism and overconfidence.” Reductionism in this context refers to the ideology of “nutritionism,” the idea that foods can be reduced to their constituent nutrients.

It isn’t long before things take a turn for the worse, however, when Pollan suggests that this reductionism is an inevitable part of nutrition science:

Scientists study variables they can isolate; if they can’t isolate a variable, they won’t be able to tell whether its presence or absence is meaningful…So if you’re a nutrition scientist you do the only thing you can do, given the tools at your disposal: Break the [food] down into its component parts and study those one by one, even if that means ignoring subtle interactions and the fact that the whole may well be more than, or maybe just different from, the sum of its parts.

In spite of the aura of inevitability the Pollan imparts to reductionism in his writing, there’s no particular reason that nutrition scientists can’t study foods as a whole; indeed, they often do. Pollan himself notes (for example), “researchers have long believe that a diet containing lots of fruits and vegetables confers some protection against cancer.”

To Pollan, the “supreme test” of the ideology of nutritionism was the low-fat campaign that gained traction in the late 1970’s and early 1980’s. The low-fat movement went mainstream after the 1977 publication of the Dietary Goals for the United States by Senator George McGovern’s Select Committee on Nutrition and Human Needs  and the 1982 publication of the National Academy of Sciences’ Diet, Nutrition, and Cancer. In Pollan’s view, the campaign represented nutritionism’s “most abject failure.” He explains, “Americans got really fat on their new low-fat diet — indeed, many date the current epidemic of obesity and diabetes to the late 1970s, when Americans began bingeing [sic] on carbohydrates, ostensibly as a way to avoid the evils of fat.”

Pollan quotes a 2001 critical review stating that “the low-fat campaign has been based on little scientific evidence.” Without bothering to explain how nutritionism might be discredited by the failure of a public health campaign that wasn’t supported by science, Pollan presents an alternative theory and its implications for the low-fat advice:

The theory is that refined carbohydrates interfere with insulin metabolism in ways that increase hunger and promote overeating and fat storage in the body…If this is true, then there is no escaping the conclusion that the dietary advice enshrined not only in the McGovern “Goals” but also in the National Academy of Sciences report, the dietary guidelines of the American Heart Association and the American Cancer Society and the U.S. food pyramid bears direct responsibility for creating the public health crisis that now confronts us.

This passage implies that the various dietary guidelines that supported the low-fat movement encouraged Americans to compensate for the reduction in calories from fat by eating more white flour and high-fructose corn syrup. However, McGovern’s Goals called for a substantial reduction in sugar consumption and an increase in consumption of carbohydrates from fruits, vegetables, and grains. Americans increased their sugar consumption and disregarded a recommended decrease in daily energy intake. Incredibly, on the basis of their having followed the recommendation to decrease the percentage of calories consumed in the form of fat, Pollan has declared the Goals not merely unhelpful but directly responsible for the current public health crisis. (This is, to say the least, a surprising departure from Pollan’s explanation of the same crisis in The Omnivore’s Dilemma: “When food is abundant and cheap, people will eat more of it and get fat.”)

Ultimately, the overarching rules at which Pollan arrives (“Eat food. Not too much. Mostly plants.”) may well lead a reader to a diet not far from the scientific mainstream. The work also includes some valuable warnings against the dangers of reductionism. Regrettably, though, as in The Omnivore’s Dilemma, Pollan presents an overstated case against science, and the result is an argument layered with contradiction and distortion. Supporters of food reform would do far better to follow Sir Albert Howard’s model and criticize science done badly but embrace good science as a vital part of a better food system.

Adam Merberg (@adammerberg) is a Ph.D. Candidate in Mathematics at UC Berkeley. He regularly critiques Michael Pollan’s work on his blog, Say What, Michael Pollan?.

The sleep cycle: what's really going on while you're... Previous
Why do we hurt ourselves? Next