Pictures of the Pinwheel Galaxy showing the appearance of the record-setting Type Ia supernova, SN 2011fe.

“Hey everyone, come and see how good I look!” says the nearest and brightest Type Ia supernova discovered in the last thirty-plus years, quoting the venerable Ron Burgundy.

Okay, not really. But all earthly observers with a small telescope (or even binoculars) can see just how good this recent cosmic explosion looks, as Lawrence Berkeley Lab scientist Peter Nugent describes in his sensational YouTube debut.

Tomorrow night (Saturday, September 10 starting after dusk), you can visit the Chabot Space and Science Center in Oakland to hear Nugent discuss the supernova in person while viewing it through their 36 inch reflector telescope.

This exceptional celestial explosion, known as SN 2011fe or PTF11kly, was discovered on August 24th, 2011 by the Palomar Transient Factory (PTF), a collaborative astronomical survey relying on the work of astronomers around the globe, including many at UC Berkeley and Lawrence Berkeley National Lab (LBL). UC Berkeley researcher Jeffrey Silverman highlights the rapid and collaborative nature of this discovery, explaining, “This thing was first observed in Palomar, identified as a supernova at LBL, given a supernova type in the Canary Islands, and confirmed in Hawaii and San Jose just hours later. With this big international collaboration, we can monitor its brightness hourly around the world, starting from basically the time of explosion.”

This particular supernova is unique for three reasons. First, residing in the Pinwheel Galaxy just 21 million lightyears away (that’s right, I said just), it is the nearest stellar explosion of its type (Type Ia) seen in the last thirty-plus years. Second, being so close means that this is also the brightest supernova as seen from Earth. Finally, there is the timeliness of the discovery. Because the PTF survey monitors the Pinwheel Galaxy nightly, astronomers can quite accurately say that the first images of the explosion came mere hours after the first light from the event would have reached Earth. This makes SN 2011fe/PTF11kly the earliest observed supernova of any type.

An artist's rendition of a possible scenario that could result in a Type Ia supernova. Image: NASA/CXC/M Weiss.

Other than the cavalcade of superlatives that can be used to describe it, SN 2011fe has the potential to greatly enhance our understanding of one of the most critical types of cosmic phenomena. To understand why it’s so critical, you must first understand just what a Type Ia is. Actually, there are many astrophysicists in search of the answer to that very question. But at the broadest level, astronomers understand that a Type Ia supernova results when a white dwarf, the fading ember of a relatively lightweight star, gains enough extra matter from a companion star to overcome the internal pressure holding it up against gravity, which occurs at a very specific value of the white dwarf’s mass. If all that is not enough to get you at least window shopping for the best telescopes under $200, there is no hope for you becoming the next great astronomer.

Hidden in the description above are a myriad of poorly understood details. What type of companion is involved in growing the white dwarf? Where is that companion relative to the white dwarf when it explodes? How does the collapse under gravity lead to an outward explosion? How does the rotation of the white dwarf affect all of this? With a Type Ia so close and caught so early after exploding, astronomers hope to gain a huge leg up in discovering the answers to some of these questions. In fact, Silverman points out, “The very first published studies of this supernova are already able to convincingly rule out some of the classical ideas about what kinds of systems could have generated this explosion.”

Understanding how white dwarfs explode has implications far beyond 21 million lightyears away. Because of the regularity and extremity of a Type Ia supernova’s brightness, these cosmic explosions can be used as “standardizable candles” to probe the distance between Earth and distant galaxies in which they are seen. In the late 1990s, two teams of astronomers, including many at UC Berkeley, used observations of Type Ia supernovae to make Science Magazine’s 1998 “Discovery of the Year,” finding that the universe is accelerating in its expansion. This monumental claim has since been corroborated by a host of other astronomical measurements, but was originally based solely on observations of an explosion like this one, despite the fact that we really understand quite little about how they work. With this exciting new discovery, supernova researchers around the globe have a prime new target to help them understand just what’s driving these extraordinarily bright and useful cosmic events.

Happiness: is there a dark side? Previous
Science in Sacramento: A ban on BPA for babies Next 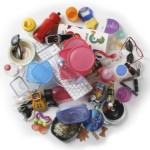