The power of the police uniform: An instinct to obey authority

This week’s edition of Psych Wednesdays was written by Amie Gordon and was originally published by Psych Your Mind on July 25, 2011.

I am still processing the horrific events that happened as part of the horrific terrorist attacks in Norway last Friday. Reading over the news reports, I can only try to fathom the terror felt by the youth on the island of Utøya as they ran, pleaded, and swam for their lives. How did this happen? How did the shooter manage to talk his way onto an island that is accessible only by boat? Fairly easily it seems, since he was dressed up like a policeman.

“We greeted him as we got off the ferry,” said a student who was leaving Utøya just as Anders Behring Breivik, dressed as a police officer, was boarding the boat for the island. “We thought it was great how quickly the police had come to reassure us of our safety because we had heard of the bombing in Oslo.”

The youth on the island gathered easily around the man in a police uniform wearing two guns. After all, people in police uniforms are seen as more competent, reliable, intelligent, helpful, honest, valuable, and possessing better judgment (Mauro, 1984; Singer & Singer, 1985). And Breivik is not alone in his manipulation of the police uniform. There are reports all over the web of fake policemen, many of whom receive instinctive obedience, including this particularly disturbing report of a boss who sexually harassed an employee at the behest of a phone call from “Officer Scott.” Evidence from psychological research, such as Milgram’s study, shows that we have an instinct to obey authority, especially when we have little time to think through our choices, and it appears that the police uniform is a particularly potent symbol of authority.

The social power of the uniform
In order to test the power of the police uniform, Leonard Bickman had a research assistant stand in the street and asked passersby to pick up a paper bag, give a dime to a stranger, or move away from a bus stop. The research assistant wore either civilian clothes, a milkman uniform, or some event security Los Angeles guard’s uniform. Across situations, 19% obeyed the civilian, 14% the milkman, and 38% the guard. That is, twice as many people obeyed the research assistant when he was wearing a guard’s uniform, as obeyed him when he was simply in casual clothes. Furthermore, in a second variation of the experiment, Bickman found that people continued to obey the “guard” even if he walked away after making the request, suggesting that they complied not out of coercion but because they believed in the legitimacy of his power.

Even children recognize the power of the uniform
You don’t have to be an adult to see power in the police uniform. In one study, researchers Durkin and Jefferey (2000) asked children aged 5-9 years old who could make an arrest using illustrated scenarios. Their options were (1) a policeman out of uniform, (2) a policeman in uniform, and (3) a man who is not a policeman but is wearing a uniform. Children who got it wrong did so mainly because they chose a non-policeman wearing a police uniform, suggesting that for children, power really does reside in the uniform.

So what does this mean for us?
It’s important that we have symbols of authority, such as the police uniform, so that we know quickly and easily who to turn to for help in a crisis. However, we must also be mindful of our tendency to obey authority and to automatically assume the power of the uniform. If something seems off to you, its okay to voice your suspicions and ask for identification.

Do you find that your behavior is guided by the “uniforms” that other people are wearing? Have you ever been in a situation where you obeyed an authority figure even if you weren’t sure it was the right thing to do? 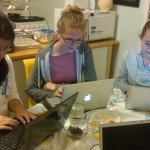