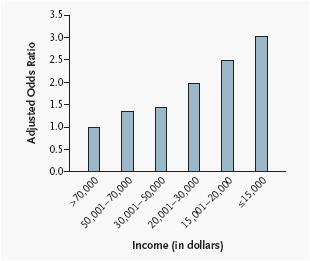 In our second installment of Psych Wednesdays, Michael Kraus, a postdoctoral scholar at UCSF, writes about the role of status in social heirarchies. This post originally appeared on Psych Your Mind on June 20.

Social hierarchies are quite complicated. In the animal world hierarchies are wildly different based on social contexts, species, and environmental factors. For some animals, such as bull elephant seals, hierarchies are unstable—individuals spend a relatively short times at the top of the food chain—and what these alpha males get in terms of mating preferences, they pay dearly for in terms of physical fighting, aggressive confrontation, and threats from other male rivals. In unstable hierarchies, it’s hard to be at the top. Most hierarchies are much more stable than the example of the bull elephant seal. For instance, in human social life, social hierarchies are typically stable within a specific context. For example, you and your boss aren’t likely to switch roles halfway through the year. And there is good reason for that. If people were allowed to switch willy-nilly between high and low status roles, it would be hard to know who to turn to for advice or guidance, whose directions should be followed, and who should take responsibility for the group’s failures. Those are jobs reserved for the leader of the group and not for a random group member.

Hierarchies, in this case, are an essential way in which people can organize their social lives around others. So in some instances, having some people with low status and some people with high status is good: Status disparities set up realistic expectations for the behavior of others, and promote harmonious and (relatively) stable group relations by creating these expectations. Having low status in a group, in-and-of-itself is not necessarily a bad thing then. Sometimes people like to follow rather than lead, or like others to take the responsibility for failure (or success). Did the lack of a clear hierarchy hurt the Miami Heat?

There are, of course, some important caveats to this reasoning. First, while status differences are generally not a bad thing—because they organize social life—when these status differences are decided by arbitrary characteristics that have nothing to do with one’s capacity to lead (e.g., racial background, gender, sexual orientation) they create disruptions in social relationships. For instance, a long history of research in social psychology finds that ethnic minority students—a low-status identity decided arbitrarily—under-perform on academic tests when they are told they will be judged based on their ethnic group. When not given this information, ethnic minority students perform as well as other students.

As income decreases, the odds of mortality increase

So how do we reconcile this status paradox? On the one hand, status hierarchies organize social groups and help people get along. On the other hand, being arbitrarily low status or being in a low status position for an extended period of time is really bad for your well-being. It’s one of those problems that doesn’t have a really clear, scientifically supportable solution. That is, unless I’m missing something.

Reaching for the sun Previous
The old boys club Next 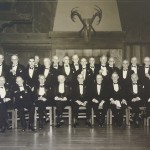