The Coalition for Excellence and Diversity in Mathematics, Science and Engineering is the “Justice League” of programs on campus confronting the problems of underrepresentation in math, science and engineering. The following post is one in a series, kicked off by this introduction, highlighting the work of each of the Coalites and the programs they represent.

The SAGE, Marjorie Weingrow, spends more time at other corporations’ headquarters than her own office. Directing the several hundred thousand dollar Student Achievement Guided by Experience (SAGE) Scholars program without a dime of support from its founding university requires that she spend most of her time fundraising—something she wasn’t hired for or trained to do.

Marjorie has nonetheless led SAGE in graduating 100% of its low-income, first-generation college students over its eleven years in existence. And all have gone on to career jobs or graduate schools upon graduation. The program has achieved great success through expert-led workshops and classes in career-development, alongside myriad internship opportunities and personalized career advising and coaching. In fact, the SAGE Scholars are so successful in their internships that Marjorie has a hard time sharing the program’s wealth of opportunities with other students not in the program. “They want SAGE Scholars,” she says. “Companies ask for them by name.”

The perfect woman for the job

Armed with Montessori-teacher and executive- and life-coach training, Marjorie Weingrow has worked for a list of companies and organizations far too long to reproduce here, but it includes the likes of the American Cancer Society, the Alameda County Office of Education and NorthShore Advisory. The driving force behind what might seem like a random-walk of careers is the service of low-income students—those who lack the opportunities so many take for granted. She says, “I’m driven to answer the question: how can we introduce these students to careers they don’t ordinarily think about? How can we broaden their scope?”

The battle is a personal one for Marjorie. “I came from a very low income background,” she says. “My family did not encourage me to get an education. They said, ‘Oh, well you’re a girl; you’ll just get married,’ which only made me determined to succeed in something other than child-rearing. So I can relate to a lot of what many of the SAGE scholars and other low-income students go through.”

In 1999, when the University of California’s Office of the President dedicated funds to a pilot program at UC Berkeley to address the needs of low-income undergraduates, a friend of Marjorie’s at the school called her up. “My friend said to me, ‘Marjorie, this job is you,’” she recalls. “They wanted someone with experience in both business and education, and I got the position because I think I was the only person with both.”

For about two-and-a-half years, Marjorie flourished in a role perfectly matched to her unique skills and experiences. And then the rug was abruptly pulled out from under her feet. “In November of 2002, I was told by the UC Office of the President that I wouldn’t be receiving funding for that year, which had of course already begun,” she says. “So half my budget was retroactively cut. And the other half, which came from the UC Berkeley, was going to be withdrawn starting the next year. So at least with that half I had some warning.”  The news of budget cuts came with one corollary: “They said to me, ‘You can try to save the program, but you’re going to have to bring in all your own funding.’”

You might be able to guess what happened next. In the face of this monumentally challenging moment, Marjorie Weingrow stepped up to the plate and clocked one out of the deepest part of the park. But she took a few tough strikes along the way. “I realized I was going to have to develop a board to explore where I could get assistance for the program,” she says. “So I brought together faculty, staff and business people who were already actively involved in SAGE. But that turned out to be one of my biggest mistakes. Not that I created a board, but that I brought all those different personalities together in a crisis. I learned that they all spoke different “languages” and had different mindsets. It was clear that I needed all these people, but I needed to work with them differently.”

Marjorie’s solution was to separate the original board into two separate entities. The faculty, more inclined to brainstorm and work in the abstract, helped Marjorie identify the most effective ways to direct her limited resources. The business people, more focused on the questions “what do you need, and how can we help?”, stepped up with internships, scholarships and sponsorship dollars for the program. “It’s a delicate balance, though,” says Marjorie. “The business people see the program as a pipeline for a diverse leadership pool for their organizations, but my goal for our students is somewhat different, though not incompatible. I want for them to discover their passions and be successful in whatever those are, but of course this isn’t always going to work. Sometimes students will take jobs out of a fear that they can’t do better, or their parents are pushing them to be on a particular career path. Personally, that saddens me, but I respect that decision. As my own coach always reminds me, ‘Marjorie, you can only plant the seeds.’” SAGE Scholars at an annual retreat

Gurpreet Singh, one of the program’s three current staffers, speaks quickly with a soft voice and loud hands, animating his words. Gurpreet has seen SAGE from all sides, as a student and intern, and now as a SAGE alum and staffer. His story exemplifies the experiences of many of the SAGE Scholars.

“I had a topsy-turvy path towards UC Berkeley,” he says. “I dropped out of high school after my sophomore year, and just messed around for a while. But I eventually realized that working in fast food wasn’t very fulfilling. So I went to community college for two years, while also working two jobs. School wasn’t very important to me at first, and didn’t really grow in importance until my very last semester when I realized ‘You know maybe there is something beyond this.’”

It takes a healthy dollop of resourcefulness and perseverance to go from realizing there’s more out there to finding your way onto a prestigious campus like UC Berkeley. California’s budgetary crises hit local community colleges even harder than the UC campuses, meaning today’s students need to be even more proactive and self-sufficient to successfully transfer into Cal. When motivated students like Gurpreet successfully navigate this path, they find themselves with an invitation to become SAGE Scholars.

“Honestly, the biggest draw was ‘Oooh, internships,’” Gurpreet recalls. “I saw SAGE as a conduit to get me quickly to where I thought I needed to be. When I got into the program and started going through the professional development classes, coaching, and everything else the program has to offer, I realized there’s a lot more to it than being placed in internships. The things I was very skeptical about at first, I have ended up finding extremely important. I’ve come a long way in the last two and half years since transferring, and SAGE has been a major part of that.”

Gurpreet is just one scholar among dozens, one exemplary representative of a great program. Many of the SAGE Scholars are transfer students like Gurpreet, but not all; Verenice Bravo (whose name you may recognize from my previous post on the Biology Scholars Program) came to Cal right after high school and is also a SAGE Scholar.

Verenice, like many other low-income, first-generation students, is involved in a host of Coalition programs. Her broad support network illustrates what Marjorie sees as the dominant role of the Coalition: fostering collaboration. Marjorie says of the Coalition, “It all comes down to the people. Anne MacLachlan, who I met in the Coalition, has been an amazing inspiration and resource for me. Caroline Kane is another person who has been a mentor for me from day one. I don’t have everything I need, but the Coalition gives me the opportunity to collaborate and develop the best support for our students.” 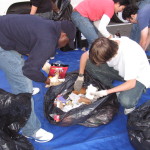 Before you pitch it, picture this Previous
Too many authors Next 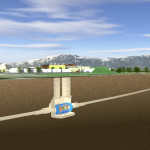 The Chairman: John Matsui and the Biology Scholars Program

The Coalition: a not-so-secret society