Graduate women in science and engineering: Our struggle for equality 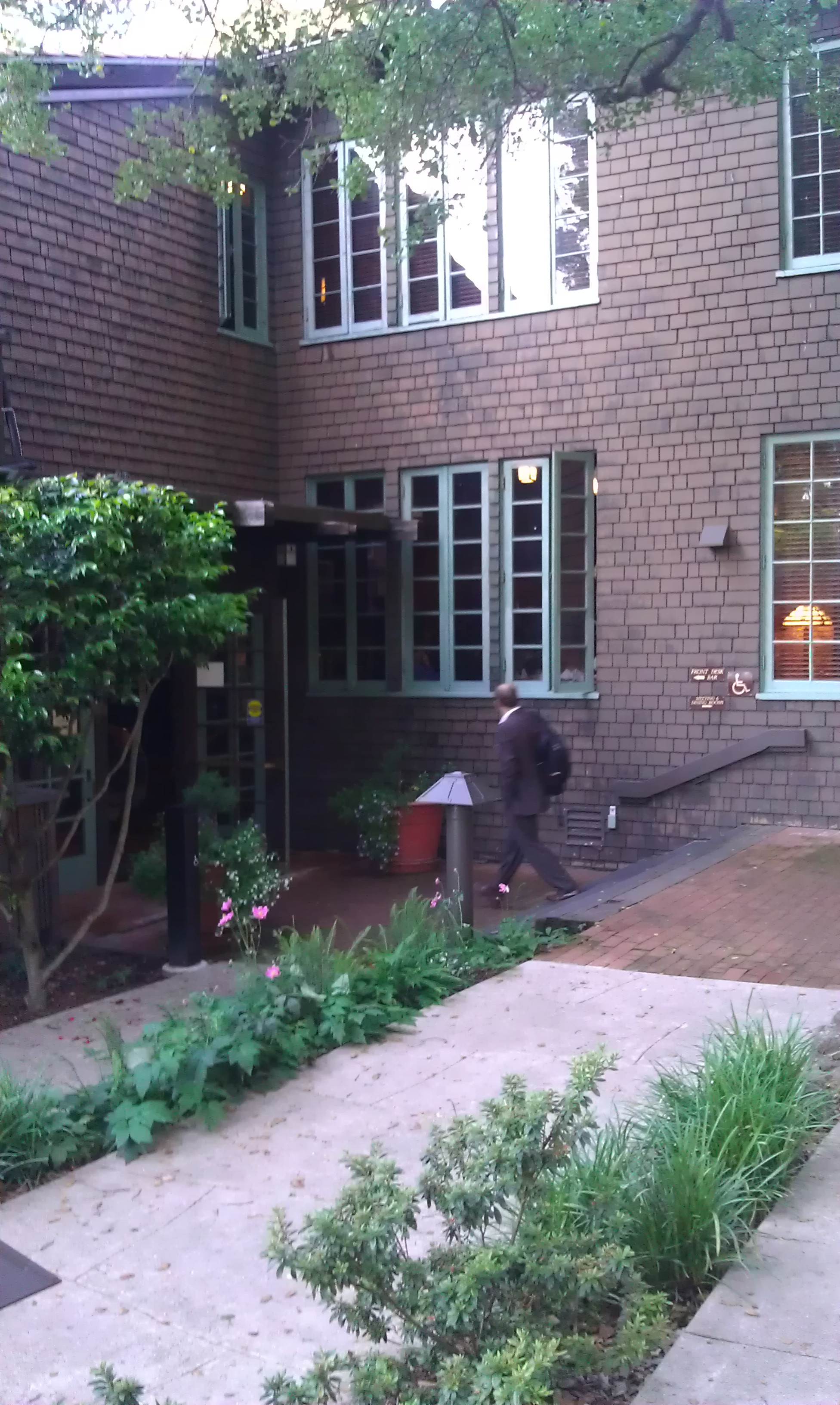 The following post is a response to the NY Times article by Kate Zernike: “Gains, and Drawbacks, for Female Professors.”

The Faculty Club, which now allows women to enter

The University of California, Berkeley was founded in 1868. At that time, female faculty and students were virtually non-existent in all of higher education, not just in physical science and engineering disciplines. Here at UC Berkeley, women were not allowed to enter the Faculty Club unescorted by a male until 1915. Female faculty were still restricted from certain areas of the facility for another 40 years; at the entrance to the Great Hall, a large sign was hung that read “For Men Only”. (No wonder the females established their own social parlor next door, the Women’s Faculty Club!) Nowhere on campus, however, is the ongoing battle for equal opportunity as visible today as it is in the north-east corner. Our College of Engineering (COE) is ranked 3rd in the world, but the first female professor was not granted tenure in mechanical engineering until the 1990s.

I recently spoke with that professor, Lisa Pruitt, and she mentioned that the success in retention of women faculty in engineering disciplines goes up dramatically when women are hired in bunches. At the time, this was a radical concept to me, but later I thought about why I chose UC Berkeley for graduate school after doing my B.S. in physics: more women. I am still here now, many trials and tribulations later, and it is my female peers upon whom I rely regularly for support. Apparently, I have been unknowingly participating in this same sociological experiment, and the results are not surprising: like the female faculty, the female graduate students do better in bunches.

These days, there are female faculty serving as department chairs and in dean positions; clearly, science and engineering career paths for women in academia have improved. We can be thankful that there are now laws preventing gender discrimination in the form of unequal pay or lab space allocation. So, yes, the situation is better than it was in the 1800s (and it only took 140 years, give or take). The unfortunate consequence of “better,” however, is that female faculty in science and engineering now face an entirely new type of gender bias.

As Zernike points out in the NY Times article, the newly established collective successes and the rising numbers of women at MIT are now hurting their career trajectories and their credibility. The new-age face of gender inequity in science and engineering is the idea that women have been rewarded solely based on their gender. What makes this comical is the fact that the increased number of women in science and engineering is a very relative phenomenon: UC Berkeley’s mechanical engineering department boasts nearly 50 faculty and lecturers but only four are female. There are seven dean positions in the COE and only one is occupied by a woman. Are these numbers really sensational enough to call into question whether these women deserve their titles?

From an outsider’s perspective, it might appear that our female predecessors, these highly accomplished, tenured female faculty in engineering, have paved the way for us. One might think that all we, the female graduate students, need to do to survive graduate school and earn our doctorates is simply to do. One might think that our ridiculously high GPAs, our stellar recommendation letters, our lengthy lists of fellowships and awards, our dedication to community and education, our thirst for academic and research success, and our overall merits might be all that we need to say, “Yes, we can.” Because not only can we, but we have already done, just like the young female faculty did a generation before us.

Unfortunately, though, that is not where the story ends—not at all. Just as the “bunches approach” holds true for the retention of female graduate students and faculty alike, so too does the new-age gender inequity phenomenon. In my time here, I have been witness to male peers openly questioning our worthiness because there are “so many” of us. I have been witness to male faculty suggesting that female faculty have been hired simply to “fill a quota.” At a professional conference last year, I found myself in an argument with a male post-doc from Stanford about whether women were simply too mentally inept to achieve in engineering. Recently, I suggested to some male engineering students that female graduate students in my department, Materials Science and Engineering (MSE), appear to be failing oral exams at a highly disproportionate rate when compared with their male counterparts. They asked why I was surprised by this fact, since our admissions numbers were already inflated by affirmative action.

As a side note: regrettably, I do not have official numbers to report, because thus far I have not been able to sufficiently motivate either MSE or the Graduate Division to begin tallying any sort of figures on female versus male admissions disparities or oral exam failure rates. If you would like to see these numbers, I suggest you contact Dean of the Graduate Division Andrew Szeri (graddean@berkeley.edu), COE Dean Shankar Sastry (sastry@coe.berkeley.edu), or the MSE Department Chair Ronald Gronsky (rgronsky@berkeley.edu) and urge them to begin making the data publicly available. Also, based on my knowledge of admissions in MSE, the COE does not practice affirmative action toward female graduate students.

But now back to the discussion at hand. The qualifying examination (QE) is a perfect example of the inherent gender bias that female graduate students must surmount in order to earn their doctorates. This oral examination as it stands today, conducted by a panel of four faculty members, is a legacy of the “old boys’ club”—the patriarchal educational system in which many of our engineering faculty were brought up. Despite the urgings of the Graduate Division to faculty that this exam should be humane, the QE is often still used as a hazing experience for graduate students.  Based on my conversations with other students, most of whom passed on their first attempt, QEs are frequently conducted in an aggressive manner, aimed at putting the student in a state of great unease. For instance, in MSE we have a written policy that the student may be questioned throughout the entire duration of their QE—what is unwritten, but regularly practiced, is the resulting conduct where it is entirely acceptable for faculty to interrupt every single sentence a student tries to speak, for minutes at length. Humane?

The idea behind the QE, of course, is to determine whether a given student is of high enough quality to professionally represent UC Berkeley with a prestigious doctoral degree—but I have never been to a professional meeting where the speaker was continuously interrupted and rudely argued with for the duration of their talk. I ask again—humane? In all of the policies and procedures enacted by the Graduate Council and the Academic Senate, there are no explicit expectations for respectful treatment from faculty toward students. There is nothing in writing, anywhere, that forbids faculty from doing work, responding to e-mail, or surfing the internet during an examination, either. Again, if you believe this is wrong, I urge you to contact the Dean of the Graduate Division, who is also a faculty member in Mechanical Engineering, and let him know!

This QE process, despite being unfair to any student, nonetheless, is outright discriminatory toward female students. When a female student stands there defenseless in the face of a committee of men whose goal is to subvert her into an even more powerless position than she already must cope with on a daily basis—there is only one grotesque analogy that comes to mind. If the goal is to test whether we are “qualified,” then qualified for what, I ask?

Well, we are qualified. We are just as qualified as our male peers, and I am amazed at how well we do despite an educational system designed to oppose our success, from start to finish. Anyone who assumes that we are unqualified, that we are only here because of affirmative action or Facebook photos that are “easy on the eyes” (yes, I have heard that too), clearly does not know who we really are. So, before I close this piece, I want to make sure you know who the female graduate students of UC Berkeley are, beyond our CVs and transcripts.

We are the female graduate students in science and engineering. We regularly work over 60-hour weeks teaching, doing research, attending meetings, mentoring undergraduate research assistants, writing proposals and abstracts, and taking classes—there is no UAW contract for most of this. Many of us have families and young children whose childcare costs half as much as we earn with our stipends, forcing us to take time off during our doctoral programs to raise our children. We have male research advisors who lecture us about respect toward male superiors and appropriate behavior in the “adult workplace.” We have very few female mentors, and at times they may treat us worse than they do our male counterparts (look up the “chilly climate” phenomenon and you will find a whole field of study devoted to how poorly women are treated in academia, plus how poorly they often treat each other). Our male colleagues and professors consistently tell us, through their behavior and their words, that we do not belong here.

These days, everyone has their theory about why the number of women in science and engineering disciplines steadily decreases as the stakes get higher, often referred to as the “leaking pipeline.” No doubt some people, like that uninformed post-doc from Stanford, believe that we trickle away simply because we ultimately confront our own intellectual shortcomings. Then, of course, there are others who believe we leave because the science and engineering fields simply are not nurturing enough for our natural maternal tendencies. When I talk about future careers with my female graduate student friends, I often hear comments like, “When I came to Berkeley, I wanted to be a professor at a school like this—now, you couldn’t pay me enough.” Whatever you believe, I ask you: is it really a surprise that we choose to leave academia after we fight, through tears and blood, to earn the right to walk across that stage and receive our hoods?

Let me reiterate: we choose to leave. There comes a point in our careers, in our lifetimes, when one more battle simply is not worth the frustration, pain, and disappointment. All we want is to be scientists and engineers—to be the best scientists and engineers. That is why we came to UC Berkeley for our doctorates. We have been fighting for these dreams since we were children. But sometimes one more battle becomes one battle too many, and instead… we just walk away. That is your leaking pipeline.

If you’re still reading, you may also find this NY Times article about sexism in the medical field interesting. For a very enlightening essay on the “chilly climate” and relationships between women in academia, see Barbara Thayer-Bacon’s essay “Befriending (White) Women Faculty in Higher Education?” 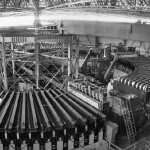 BSR Issue 20: One week left to vote for the Reader's... Previous
Introducing Nerd Nite SF - Wednesday, June 15 at 8 pm Next

What Do Letters of Recommendation Reveal About Gender Bias? 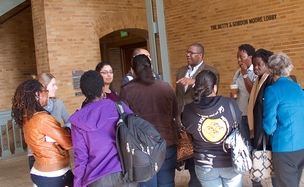 A social revolution in the College of Engineering? Just maybe.

WikiWomen: A new kind of party