Science is fascinating. At least, I think so. But maybe I’m not the best person to ask, given my position as a PhD student and academic researcher. While the idea of spending an afternoon coding an artificial neural network sounds fantastic to me, I am ready to accept that the large majority of people out there would think otherwise. Perhaps a better person to ask would be Mary Roach, a writer who manages to take complicated scientific ideas and paint a picture that is both understandable and amazing (often hilarious too). She has covered topics ranging from investigation of the supernatural to the history of sex research, and she has built an impressive body of commentary on the scientific process.

We at the Berkeley Science Review are always looking for ways to learn about science communication, so we invited Mary to come and tell us about her experiences. After the seminar, I had a chance to speak with her one-on-one about her feelings on science writing. For the record, Mary doesn’t call herself a science writer (though the rest of the world probably would). “I’m actually a little uncomfortable with the label because I so revere the work of people like Carl Zimmer or Stephen Jay Gould,” she admits. “These are people who are really smart, and they’re writing at a much higher level for people with a science background.” Mary holds a degree in Psychology from Wesleyan University, but is decidedly not a science geek by nature. “Compared to the people I’m interviewing, I know nothing.”

If not a science writer, then what is she? A look into her methods might shed some light on the situation. Perhaps unsurprisingly, she turns to the same information resource that we all do. “If there’s something I want to pitch, I’ll do a lot of poking around on the internet seeing what’s out there,” she explains, giving me yet another data point supporting my theory that Wikipedia can make us all geniuses. As for inspiration, Mary suggests that our day-to-day lives have enough gems embedded in them to come up with all kinds of interesting stories. To drive home this point, she told us how she got an idea for a story on meditation: “I saw an article about the war in Mozambique, and they mentioned that the president of Mozambique is deep into transcendental meditation. I thought ‘this is perfect, because this is a guy who is really stressed out.”

The topic of her writing is only one part of the puzzle. Mary also emphasized the importance of focusing on the personality and character of all the researchers in her books. “I think it’s really important to try and find somebody interesting that can help the article move like a story.” While a scientist’s quirkiness and natural humor can certainly make her job easier, she reveals, “What usually makes them compelling is their passion for what they do.” This, I think, is one of the most important points that any science writer can get across in their writing: that we pursue science because we love it. In Mary’s travels throughout the scientific community, she manages to tap into the wealth of curiosity and interest that researchers have, and these emotions strike a chord in the minds of her readers.

Why do such ideas resonate? Mary suggests that it’s these feelings of astonishment, amazement, wonder, awe, that are common to all of us, regardless of how many academic degrees we’ve got. “Curiosity and wonder seem like they should be part of normal human nature.” And it is these qualities that allow Mary to learn so much from scientists. When asked about how her status as a non-scientist changed the way she interacts with her interviewees, she replies, “I think it’s relaxing in that they don’t feel competitive. I’m just somebody who’s interested in what they do.”

At the end of the day, Mary loves what she does; she loves learning about new ideas, interviewing new people, and carving her own adventure into the world of science. As she puts it, “I have an excuse to step into all these worlds that I otherwise wouldn’t know anything about. I actually make a living doing this! It’s really fun!” 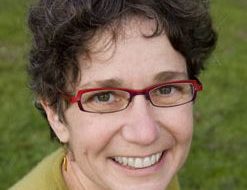 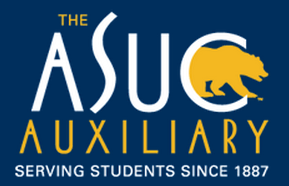