BSR Issue 20: Letter from the editor 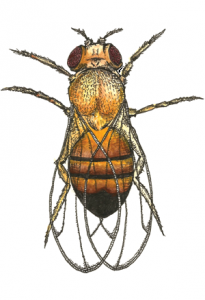 In case you missed our announcement on Wednesday, the Berkeley Science Review has released it’s 20th issue, and it’s a good one!  Look for it around campus or read it online, and don’t forget to submit your vote here for the Reader’s Choice Award.  For more on what’s inside, have a look at the Editor in Chief’s letter to the readers, reproduced below.

Welcome to the 20th issue of the Berkeley Science Review and our tenth anniversary. To celebrate, I decided to rummage back through our archives and spend some time with Issue 1. It was remarkable to see how little has changed, including, coincidentally, an enduring fascination with volcanoes (Issue 1 p. 7, Issue 20 p. 26), hormonal regulation of sexual behavior (Issue 1 p. 5, Issue 20 p. 9), and solar storms (Issue 1 p. 4, Issue 20 p. 6), phenomena which will continue to fill Berkeley labs and our pages for many years to come. Nevertheless, I am very proud to say that we have come a long way from the black, white, and blue of the first edition. I would like to dedicate this issue to the memory of Eran Karmon, our founding Editor in Chief, who, by starting a science magazine that anyone on campus could pick up and enjoy, planted a seed which has since flowered into an expanding voice for research with a reach far beyond Bancroft and Hearst.

As science writers, we aspire to communicate complex ideas effectively, hoping to increase the impact of science in society. Less often considered are influences going in the other direction, yet the interplay between personalities, politics, economics, and research takes center stage this issue. On page 44, Sisi Chen and Mark DeWitt chronicle the decade-long struggle over the effects of a pesticide between a controversial professor, Tyrone Hayes, and the chemical company Syngenta, waged through experiments, regulatory agencies, and personal vitriol. Keith Cheveralls documents the damning scientific evidence that an oil company caused the continuing eruption of the devastating Lusi mud volcano in Indonesia (p. 26) Finally, on page 60 Jacques Bothma makes the case for why Professor Michael Eisen’s dream of a scientific literature free for everyone to access should, and is, becoming a reality.

The BSR is run by students who also happen to be scientists, and thus it is no surprise that we continually tinker with (and sometimes dramatically alter) the form and content of our magazine. While we always have an opinion of what works best, I am pleased to announce a new way for you, our readers, to have a say: the Reader’s Choice Award, to be given each issue. Vote here for your favorite feature or brief; the author(s) of the winning article receives a $150 cash prize and a profile on the BSR blog, which is already chock-full of wonderful pieces to keep you informed between print issues. In addition to highlighting particularly strong writers, prize-winning articles will inspire future stories relevant and interesting to you.

As I hang up my editor’s hat, I would like to thank all of the writers, editors, and layout staff for making the past year such a wonderful experience and for two issues that highly paid professionals (by journalist standards, at least) would be hard-pressed to beat. It has been an honor.

BSR issue 22: Letter from the editor