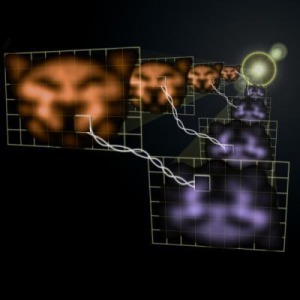 A paper appeared last year in Current Biology describing the ability of birds to see magnetic fields. Many birds respond to changes in the earth’s magnetic field, and the theory is that they use this ability to navigate during migration. As I mentioned in my blog, scientists have been trying to figure out just how birds can accomplish this amazing feat. Several hypotheses involve the protein cryptochrome, a molecule that seems to be nearly one-of-a-kind as far as biological structures go. Now scientists have taken the awesome factor for this mechanism one step higher: a paper in PRL suggest that these birds may actually be using quantum entanglement in their navigational systems.

For those uninitiated into the world of really tiny physics, entanglement basically describes two electrons that are inextricably linked. Any time you subject an electron to a magnetic field, you affect its “spin,” a quantum property that is too complex to be explained in this short post. However, if that electron is entangled with another, then any time electron “A” changes its spin, electron “B” will react as well, even though it was never subjected to the magnetic field. Sounds creepy huh? This is a concept that dates back to the good old days of Einstein, who famously described it as “spooky action at a distance.”

So how might birds use this? The theory is that in a bird’s eye are pairs of these “quantum entangled” electrons. Occasionally, one of these electrons will move away from the other, causing it to experience a slightly different magnetic field than its partner. The bird measures this change in magnetic field by measuring the quantum state of the two electrons. Of particular interest is the duration of the entangled state for these electrons. Since the birds are responding to an oscillating magnetic field, they must maintain this quantum state for a long enough time to capture the extent of change for the field.

As an analogy, if I wanted to measure how much the waves in a pool rose and fell, I would use a measuring device attached to an inner tube. If the pool height went up three feet and back down again every 5 seconds, then I would need to be measuring for at least 5 seconds to get an accurate reading of how quickly the pool was changing. In the same way, electrons in the bird’s eye must remain in the entangled state for long enough to measure the entire fluctuation of the magnetic field. The authors calculated how long such a period of time needs to be, and found that it far exceeded the lifetime of entangled electrons observed in the lab.

If you think this sounds hard to believe, you’re not alone. Many experiments have been performed on artificially-created quantum entanglement, but nearly all of them require very specific environmental conditions that are never seen in nature (such as a temperature close to absolute zero). To see such an effect in a warm-blooded living organism is astonishing.

It’s discoveries like this that make me love the world of science. Quantum physics has been around for less than a century. Go back a hundred years, and you would have found a number of physicists who theorized that we were just at the cusp of “figuring out” the entire universe. Now, we’ve got a new field of physics that almost nobody understands, and yet we’re finding living creatures that utilize these mysterious properties at a fundamental level.

It's all in your head: a review of The Belief Instinct... Previous
Nuclear power in a nutshell Next 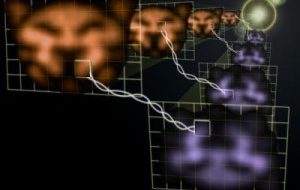