Shedding light on the supposed link between MMR and autism

Editors note: With today’s post, we introduce a new category of “Opinion” posts on the BSR blog. We continue to welcome informative posts about scientific research, as well as posts that give an individual author’s point of view on controversial subjects. Please send any feedback or post contributions to sciencereviewblog [at] gmail [dot] com.
-Anna

Children are typically given the MMR vaccine at 1 year old

As you may have noticed in the past few months (if not years), there is quite a bit of concern about the possible link between autism and vaccinations. If you were to look at almost any properly carried out independent study, you’d find that most of these allegations are completely ridiculous. Nevertheless, sensational claims seem to have a knack for outshining the factual evidence that contradicts them. The autism/vaccination “link” has caused a number of parents to intentionally avoid vaccinations for their children, resulting in a number of unnecessary deaths, including the recent outbreak in whooping cough in California.

It all started with a paper written by Andrew Wakefield in 1998.  In the paper, he describes a number of children who had recently undergone vaccination for MMR (measles, mumps and rubella) and supposedly began showing signs of autism shortly thereafter.  The author suggested that the MMR vaccine was causing these children to develop their symptoms.

Twelve years and who knows how many un-vaccinated children later, we finally get the truth: the original paper was rife with manipulation and deceit.  In an article published in the British Medical Journal, Brian Deer recently took a critical look at the original paper, checking up on each patient and getting the facts straight regarding many of Dr. Wakefield’s claims.  Here is a quick list of errors that the author found (taken directly from the article):

The journal that originally published this paper has finally rescinded the article, more than a decade later.  Unfortunately, during that time many young children and newborns went without a critical component of healthy living in the modern world.  Moreover, the suspicion it effected in the general public may take generations to sort itself out.

The scientific process is usually an efficient way of arriving at some sort of truth about the world. Unfortunately, the truth is also easily obscured by faulty reporting and self-interested research. The threads of trust that lend credibility to scientific enterprise are fragile, and cause unknowable damage when cut. As scientists and science advocates, it’s our responsibility to ensure that this trust remains as strong as possible. 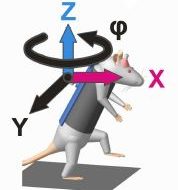