Redefining the structure of life

Last Thursday, I was stuck at a conference, furiously refreshing my phone to try and get the latest scoop on the “big announcement” from NASA.  Now that I’m back, I thought I’d look into exactly what has been found and what this implies for our understanding of life in the universe. First, we didn’t find extraterrestrial life. I emphasize this because people were speculating rampantly about this possibility. However, you could say that we’ve accomplished the next best thing.

Bacteria grown in an arsenic-rich environment

On Thursday, a group of researchers from the US Geological Survey, the NASA Astrobiology Institute, and a host of other groups published a paper detailing a strain of bacteria taken from Mono Lake, California that has the ability to live off of arsenic rather than phosphorous. They took samples of the bacteria and placed them into an environment that was devoid of phosphorous, but had plenty of arsenic. Such an environment should be fatal to life as we know it, but these bacteria were able to grow and proliferate, incorporating the arsenic into their biological makeup.

In order to understand this discovery you must know a bit about arsenic, an element that is fairly common on earth, but which is poisonous to nearly all living organisms we’ve encountered. Arsenic sits in the row just below phosphorous on the periodic table, meaning it can occasionally fit into the same kinds of molecules, displacing phosphorous and causing a breakdown of function. This is a problem, because phosphorous is one of the most important elements in all living organisms.  It is found in phosphate groups, which are essential to both DNA and ATP (the molecule that drives almost all energy expenditure in your body).  Without phosphorous, we’ve never found life that can proliferate… at least, until NASA’s announcement.

Why is this important? It serves as a proof-of-concept that we may need to drastically alter our assumptions about the necessary makeup of life. This could improve our understanding of life on our own world, where we might find other organisms that utilize the building blocks of nature in new and unexpected ways. In addition, we may need to reconsider what kinds of life could exist on other planets.

Regardless of any specific prediction, this is yet another example of the vast sea of ignorance that still lies before us.  Today, we have fundamentally altered our understanding of life and opened a new chapter in astrobiology.  Tomorrow, who knows? 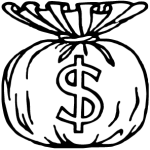