Talk about a change of heart!

A ruling was released a few days ago by the US Department of Justice on the topic of genetic intellectual property laws, barring companies and individuals from claiming patents on isolated genetic sequences. For those of you unfamiliar with this incredibly controversial field, it essentially revolves around the question of whether or not any entity can “own” the rights to a particular sequence of the human genome.

Granted, this isn’t “own” as in “Hi, I’m Genencorp and I own your genes, now give them to me.” It’s a much more abstract and subtle sense of ownership, though it still has a strong impact on the world of biological research (and possibly on each of our lives). Rather than claiming ownership over the genes themselves, companies have attempted to claim that particular gene sequences are their property, usually in order to protect a profitable drug or process. For example, say I own a genetics company that has poured millions of dollars into researching an area of the human genome linked with breast cancer. I’ve spent a considerable amount of time and money trying to understand this aspect of human genetics, and I’ve only done this with the expectation that I can leverage what I find into a sizable profit.

A cluster of breast cancer cells. Should we give up the ownership of genetic material in order to eradicate them?

This, many biotechnology companies argue, is only made possible with intellectual property – essentially, an official recognition of your ownership over a particular idea, as well as a kind of “cease and desist” order for any other organization looking to profit or use that idea without paying you first. In sum, without the ability to claim the rights to particular sequences within a genome, there would be no incentive to research them because others could swoop in and profit without doing any of the R&D in the first place. Without IP, there would be little genetic research progress.

However, there is another side to this story. You might find it slightly unsettling to think that some corporation owns your genetic code. And you’d have a good point, too; there are already many IP laws banning organizations from patenting “naturally occurring” aspects of nature. Research enterprises have historically gotten around these laws by asserting that their work is not on “naturally occurring” tissue. Because they isolate the genes they study from their original place in a strand of DNA, companies have argued that this constitutes an “artificial” or “man-made” genetic sequence. This loophole has allowed countless numbers of genetic sequences to be patented, but that might change soon.

The US Department of Justice recently made an about-face regarding their position on these issues. While isolated DNA was once considered to be “artificial” enough to be patented, a recent ruling determined that these sequences of DNA are still a part of naturally-occurring life, and thus are not patentable. This has sent the biotechnology community into quite a fit, with numerous groups suggesting that their entire business model depends on their ability to claim ownership over these pieces of genetic code.

This won’t be resolved any time soon. It is only one step in what will certainly be a long legal battle between the biotechnology companies and various courts. However, it marks an important philosophical shift on the part of the US government towards asserting that no individual can claim ownership over the building blocks of life. Keep an eye on this one, it’s bound to get interesting.

Take a ride on the wild side at the LHS Previous
Another year, another controversy at Cal Next 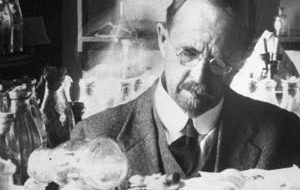