If you’ve read any Berkeley Science Review (BSR) article, you know one of our goals—to tell engaging stories about UC Berkeley research. But hidden within the glossy pages of the magazine is our second, less obvious mission. In producing the BSR, we work together and teach each other how to write, design, edit, and publicize science—all critical science communication skills. During the past five years I’ve served as a writer, editor, and Editor in Chief of the BSR, and have contributed to articles about many scientific fields. As I near the end of my PhD, I’ve found myself thinking more and more about the forms science communication takes outside UC Berkeley. It’s not just me—interest in careers outside academia seems to have surged within the past several years. Examples on our campus include the popular Beyond Academia conference as well as several articles previously published in the BSR (see “Cyclotron Valley,” Fall 2015; see “Oh, the places you’ll go,” Fall 2013).

Being curious about how science communication is applied in settings other than the BSR, I set out to track down and talk with BSR alumni. Since the magazine’s founding in 2001, 20 people have served as Editor in Chief (EIC). Most of them have continued to work in science-related fields, and many of them have now taken on leadership roles at companies, universities, and other types of organizations.

Here are some of their stories, divided broadly into three categories based on where each person has gone: industry, academia, or somewhere in between. Some of the alumni I talked with are newly-minted PhDs and just starting out, while others have had more time to explore. Though each of their jobs is unique, many involve similar responsibilities. I think it’s safe to say that the BSR helped all of them develop skills they’ve carried into their post-PhD professional lives.

For many of our alumni, leading an organization devoted to science communication taught them more than just how to write or edit. As one former EIC, Anna Lieb, said, “being a science writer for the BSR or [other media outlets] doesn’t limit you to being a science writer. It gives you a lot of things your PhD might not give you.” In the following sections, and with the help of eight former EICs, we’ll take a look at some of those pathways.

One works with pharmaceutical companies to present the results of clinical trials; the other analyzes data at a consulting firm. Meet the most recently graduated EICs, Alexis Fedorchak (EIC Spring-Fall 2014), Associate Medical Writer at ApotheCom, and Anna Lieb (EIC Spring-Fall 2015), Consultant at McKinsey & Company. Both were ready for a change after grad school, and have transitioned to roles in which they use their analytical skills for applications other than research. Fedorchak told me over lunch in San Francisco, “I like that I get to see the cutting-edge pharmaceutical stuff that’s happening without having to do the actual science. [But] there’s still tons of scientific thinking involved.” Fedorchak works as part of a team within her medical communications agency. “I’m a very reserved person generally—not one to stand up and be like, ‘I’m a leader,’” she says. “Then all of a sudden I was leading the BSR. And I actually really, really enjoyed it. I don’t think I anticipated enjoying being a leader so much. It was fun to be the one to help solve problems.” As a consultant, one critical aspect of Lieb’s job is conveying information to people at every level of scientific knowledge. “As part of the job,” she says, “I have to communicate complicated concepts to a client, because I may be doing behind-the-scenes modeling or computation that isn’t clear to them, and if I don’t make it clear there can be a lot of tension.” Collaboration is also an important part of her work now. In her experience with the BSR, Lieb says, “we all worked together, we gave and took feedback frequently, we had to think collectively to solve problems. [That’s] something I use every single day in my job, where I work with teams, with clients, other people throughout my firm, to get stuff done.” As grad students, we become familiar with the traditional academic career progression: graduate, spend a few years as a postdoc, then become a tenure-track professor. We don’t hear so much about other options in academia. Luckily, a couple of the BSR alumni I talked with have pursued alternative academic tracks, not always by way of a standard research postdoc, and shared how they ended up where they are now.

After a two-year stint as a consultant, Allison Berke (EIC Fall 2011-Spring 2012) transitioned into her current role as the Executive Director of the Stanford Cyber Initiative. According to Berke, the Cyber Initiative studies cyber security as it applies to “different sectors of society like health, finance, transportation, [and] defense.” Working alongside faculty and students, her position is reminiscent of a professor’s, but she also manages the research initiative. Berke says that while she was in grad school, “I thought I should leave academia, and [then] being out of academia I thought, maybe there’s a way back without being a postdoc … I’m happy with where I am now.” Hania Köver (EIC Spring 2010) is the most far-flung of the former EICs, living and working in Austria. I was fortunate to meet up with her for coffee recently when she visited Berkeley. “For me, the BSR was a really huge part of my PhD,” she told me. “It helped me [deal] with the ups and downs of my research.” After graduating, she developed and taught interdisciplinary undergraduate courses as a Thinking Matters fellow at Stanford. She recounted how she got to her current position as the Head of the Graduate School Office at IST Austria. “They were looking for someone to be in charge of the [newly-established, interdisciplinary] PhD program, and I would say I was a really good candidate. It was really just one of those connect-the-dots moments,” aligning her interests and previous experiences.

Even in a more traditional academic position, one former EIC has found his extracurricular experiences helpful. According to Gregory Alushin (EIC Fall 2010-Spring 2011), Assistant Professor at The Rockefeller University, “being able to write clearly and lucidly about complicated things is incredibly useful in any type of scientific pursuit. I think investing a lot of time and energy and passion into that has really benefited me in ways that I hadn’t anticipated at the time.” For those of us in the sciences who later discover the joys of writing and editing (like myself), Alushin provides a counter-example. “I initially thought I would be a writer rather than thinking about a career in science,” he says. “That was sort of my first love, I guess.” For other BSR alumni, their love of writing carried them more directly into the field of science communication, which Rachel Bernstein (EIC Spring-Fall 2009) calls “such a weird, broad umbrella term for so many different types of things.” Both she and Kaspar Mossman (EIC Spring 2005) embarked on professional journeys within this diverse field before finding careers that truly resonated with them. Over coffee in Oakland, Bernstein told me about her progression from journal editor to freelancer to Editor of Science Careers. In the process of trying out different types of writing and editing, she said, “I realized I was most interested in writing about the scientific community, and the people, and the skills of being a scientist, as opposed to the actual science itself.” Kaspar Mossman, who knew the BSR from its early days, has seen firsthand what it’s like to work for organizations with distinct cultures. I met him in his office at UCSF Mission Bay, adorned with children’s drawings on the walls. Mossman has been the Director of Communications and Marketing at QB3, an organization focused on the quantitative biosciences, for eight years. After graduating from Berkeley, he said, “I didn’t really want to get out of science, I really wanted to get into writing.” He worked as a journal editor and as a staff writer at the journal PNAS, where he wrote relatively formulaic pieces for the journal’s front matter, before coming to QB3. He was attracted to the startup-like atmosphere of QB3. “This is a very dynamic place,” Mossman says. “It’s the polar opposite of PNAS. Every day I come in and I’m ready to be told that we’re doing something totally new.” Sebastien Lounis (EIC Fall 2012-Fall 2013) found a way to mesh together his extracurricular interests from grad school. His position is largely of his own making and is similar, in a way, to Mossman’s role at QB3. Lounis is co-founder of Cyclotron Road, a startup incubator and entrepreneurial postdoc fellowship program focused on energy technology. While a grad student, he not only led the BSR, but was also co-president of the Berkeley Energy & Resources Collaborative. When we met for lunch at Lawrence Berkeley National Lab, the home of Cyclotron Road, he told me, “I don’t think I would’ve come to this opportunity if I hadn’t been doing the extracurricular stuff I was doing in grad school. I couldn’t help but get involved in those things, and then it came full circle and led to this job I have now that I really enjoy.”

Tying it all together

Of these eight BSR alumni, many took away similar impressions from their time spent with the BSR. Some, like Koever, enjoyed having something concrete to work toward while dealing with the ever-changing goals of their research. Lounis agreed, and added, “I loved that [the BSR] was a community of people that got together to work on something they really loved doing.”

They remind us that BSR represents an early stage in what can become a long and varied career. Bernstein says that being EIC “was one of the first times where I felt in charge of something real, and [I realized] that no one knows what they’re doing and everyone’s figuring it out, and you just make it work.” Likewise, Mossman advises us to “recognize that when you’re at the BSR, you’re learning. You think you’re a good editor or writer, but the stuff that you write and edit later on will seem like, ‘oh yeah, I was learning when I did that.’”

It’s clear that an interest in science communication can lead in many directions. Each person’s job involves communication, though its purpose, audience, and extent differ. Having practiced these skills seems to have been beneficial for most, if not all, of them. Lounis summed it up nicely when he said, “I couldn’t do my job without my scientific training, but I also couldn’t do my job without my experience from the BSR. I imagine that’s probably true of many people who were involved with it.”

Most of all, this subset of BSR alumni demonstrates that the world outside academia is much more flexible than what we become accustomed to as students, following rigid degree requirements. We could all take Bernstein’s advice to heart: “You don’t need to follow a mold or tick off some requirements—it’s important to question how things are done.”

Here’s to the many real-world applications of science communication, and the variety of paths these alumni have illuminated.

Rachel Hood is a graduate student in Molecular and Cell Biology. She studies how cyanobacteria, which are like tiny plants, sense and respond to their environment. It’s hard for her to imagine grad school without the BSR, and she’s looking forward to seeing where this experience takes her.
Biology summer camp: Life lessons from embryos Previous
Life on the edge Next 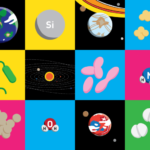