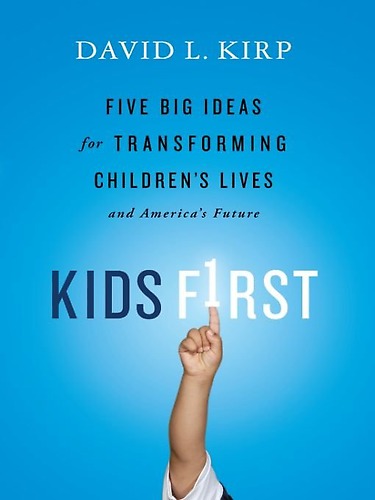 You have a million dollars to apportion for the public good, and want to leverage this capital to create the greatest possible benefit. Do you invest in health care or business? Social welfare or crime reduction? Given the broad range of worthy causes, how do you decide where to spend the money? Answering this question—as we implicitly do when we vote or donate our time and money—can spark extensive and passionate debate, and I highly recommend arming yourself with David Kirp’s recent book Kids First (March 2011, PublicAffairs Books). A professor at UC Berkeley’s Goldman School of Public Policy, Kirp critically synthesizes a body of extensive research suggesting that investing in children’s education and development generates quantifiable and far-reaching economic and social benefits.
While we all have an intuitive sense that it’s important to look after children, I found that Kids First reshaped and expanded my understanding of the unique benefits of child education. Kirp discusses five especially effective proposals in detail: parenting programs, preschool education, mentoring, education-focused savings accounts, and community schools. He evaluates empirical studies and insightfully probes specific programs to understand which policies are most effective and least expensive, details the profound effects of the best programs on children’s later success, and quantifies the economic gains reaped when money is invested in children.
Kids First demonstrates how investing in evidence-based policies for child education satisfies two typically conflicting goals. It promotes social justice and equity by providing opportunities to all children, as captured in Kirp’s kids-focused Golden Rule: “Every child deserves what’s good enough for a child you love.” It also reflects “enlightened selfinterest” because it yields financial payoffs for governments and businesses. Early nurturing of kids averts trajectories into delinquency and helplessness—which impose costs on public services and constitute squandered resources for a private sector—by instead developing successful adults who have the motivation and competence to hold skilled jobs and furnish taxes, contributing to society and GDP.
If you have to choose one, Kirp’s analysis of the effects of high-quality preschools provides a concrete example of the benefits of investing in children. The reader is given an enjoyable and inspiring tour of highquality preschools—journeying through Los Angeles, Oklahoma and New Jersey—along with a critical discussion of studies that satisfy gold-standard social scientific standards like experimental manipulations and random assignment. These pinpoint the factors that produce tangible changes in kids’ lives: evidence-driven curricula and teaching strategies, properly trained teachers with few students, and effective management policies for implementing proven programs. The outcomes can be eye opening. One research effort, the Perry Preschool study, randomly placed a group of 58 highly disadvantaged children into one of these high-quality preschools for two years and followed their development into adults. Compared to a control group of similar children who stayed in their normal environment, students in the preschool were 50 percent more likely to graduate from high school as adolescents, had substantially higher IQ scores, earned better salaries, and were less likely to be in prison as adults. Kirp points out that these real-world findings converge with basic research in psychology and neuroscience, which emphasizes the importance of stimulating instruction during the critical period when children’s brains and minds are being formed. How much would we pay for a medical treatment or drug with similar outcomes?
Kirp’s discussion of the economic bottom line of this study—a signature feature of the book—is particularly compelling. Under some estimates, a high-school dropout can cost the American economy about $250,000 and a career criminal $1.5 million. Kirp reviews analyses that place the benefit-cost ratio of the Perry Preschool at seventeen-to-one, which translates to an annual return of 11 percent on the initial preschool cost. As a long-term investment, this beats the stock market by almost two-to-one.
Although Kirp presents evidence for the effectiveness of his five proposals, I appreciated that he was balanced in assessing his argument. He compares the relative effectiveness of different programs within each proposal and is honest about what does not work, such as pointing out how preschool education programs may not produce large benefits if improperly implemented. The book also emphasizes that its goal is to spark discussion on kids-first policies, leaving open the possibility that new research and ideas will enhance its proposals.
Kids First exposed me to a novel perspective on the tremendous social and economic advantages of investing in people when they are most open to change—as kids. If you don’t have a million dollars, but just a small sum to donate, one vote, and a few hours to volunteer, how can you get the best returns on your capital?

Staff Listing Previous
Talks on Rocks: The Mountains of Saint Francis Next 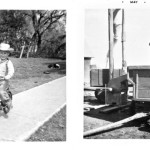